The macOS Catalina 10.15.5 update is available to download in India now. 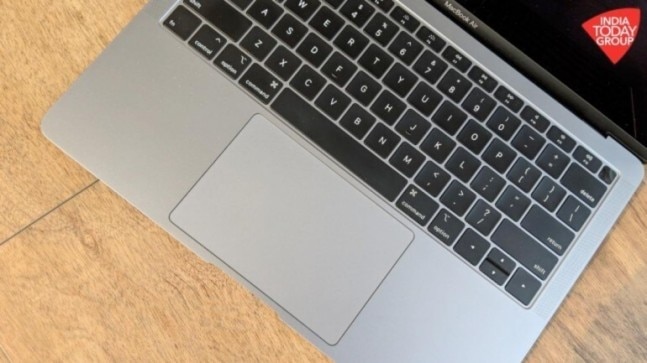 Apple is now rolling out a minor update for its Mac lineup globally. The latest macOS Catalina 10.15.5 update is available to download on MacBooks and iMacs in India and elsewhere. With the update, Apple is finally addressing the battery health issue on MacBooks with the Battery Health Management feature. Apple already offers Battery Health Management on iPhone running iOS 13 or higher and iPad running iPadOS 13 or higher. The update also brings controls for automatic window prominence in Group FaceTime calls, which is also already available on iOS 13 and iPadOS 13.

The Battery Health Management feature was a result of the outrage Apple faced some years ago for downgrading batteries on iPhone models in a quest to learn consumer's behaviour and push them to buy the new models, despite the scope of reparations. Since then, Apple has been providing battery optimisation features to its iPhone and iPad models, and the MacBooks are the latest ones to get it. It essentially maximises the battery performance by reducing the charging rate of the battery. So, when the MacBook shows 100 per cent battery, it does not necessarily mean the charge. Instead, Apple will tell you the battery has optimised to its full capacity to give a longer life-span.

The Battery Health Management feature will arrive on MacBooks that have Thunderbolt 3, which includes all the MacBook Pro models launched since 2016 and the latest MacBook Air with Retina Display. The older MacBook models will not get the feature, however.

Besides, Apple is also giving manual controls for video tiles when a Group FaceTime call is underway. Earlier, the machine algorithm would decide which tile should be prominent and which should not. But, users can now decide the prominence as per their preference with the macOS Catalina 10.15.5 update.

Apple is also adding controls to fine-tune "the built-in calibration of Pro Display XDR." There are also fixes for iCloud Photo Library and RAID volumes on Macs. The bugs in the Reminders and System Preferences have also been ironed out with the latest update.

The macOS Catalina 10.15.5 can be downloaded and installed by visiting the Software Update setting in the System Preferences on MacBook and iMac models. It is about 2.98GB in size and should be downloaded over a Wi-Fi or LAN connection. The update should be available to download if the automatic settings are turned on, otherwise, users will be required to manually fetch the update by checking for the update in the settings.