Apple has supported the regular Windows 10 on its Intel-powered Macs using the Boot Camp assistant tool but that will not work for ARM Macs. 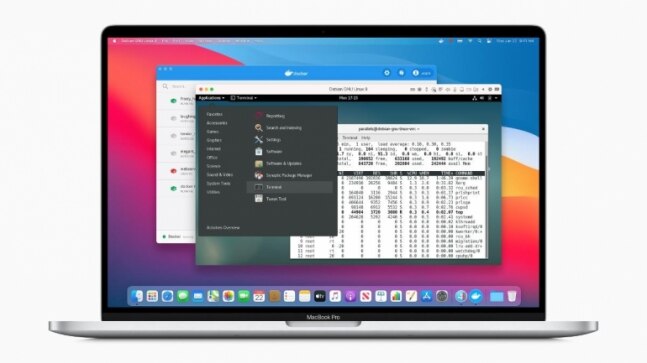 Apple finally launched its ARM-based Apple Silicon chipsets for its Mac lineup at the digital-only WWDC. The Cupertino will begin switching from the Intel-based Macs to the ones powered by its own chipsets later this year. While the transition marks new beginnings for Apple in the hardware business, it might lose out on a crucial software-centric advantage. The ARM-based Macs will not support Windows as an alternate OS in Boot Camp mode, which will restrict the abilities of the Apple computers.

While the licensing issue with Windows 10 is one thing, Apple is also highly likely to kill Boot Camp on the ARM-based Macs. Apple has worked with Microsoft to provide the support for the latter's popular operating systems on its Mac computers. Even during the announcement of ARM-based Macs, Apple said it is working with Microsoft on Office that will be supported on ARM-based Macs. However, Apple confirmed that it will not offer direct booting facility for other operating systems anymore. Instead, Boot Camp could be replaced by virtualisation (VRMs).

At the WWDC keynote, Apple demonstrated how virtualisation will work by running Debian 10 on Parallels. But it is not clear whether Windows 10 will be supported on ARM-based Macs through virtualisation, given the complexities of Windows licensing and the whether the virtualisation app developers will work with Microsoft to offer a different version on these Macs.

That being said, the end of support for Windows 10 in Boot Camp mode will not be a big deal.

First, the ARM-based Macs will exist alongside the Intel-powered Mac computers, so you will still have new Mac machines that will support Boot Camp and allow booting of Windows 10. Apple is not phasing out the Intel-powered Mac computers, for now, considering they are way deep into the markets and have many facets to their usage by different industries. While the death of Intel-powered Macs is something that may eventually happen, it will give Apple enough time to work around the fact that Windows 10 is supported on Macs in an efficient way.

Second, the ARM version of Windows 10 is not very popular and usually sidelined, so much so that most OEMs do not even opt for it. Even the developers' community is not very impressed by Microsoft's approach towards the ARM-based Windows 10, which is why there are not many apps or games for the counterpart. In fact, it is possible a particular app that is not available for ARM-based Windows will appear on macOS App Store. So, technically, it does not even make sense to go for the Windows version that lacks apps and borderline abandoned.

Apple and Microsoft are still working together and there is a possibility we will see some way out of this situation that is unfavourable for Mac users who switch to Windows on their machines to access apps that are not available on macOS or even to download free versions of games or apps that are usually chargeable on the Apple's operating system of Macs.