Apple Spring Loaded event kicks off at 10:30 pm IST on Tuesday, and it will be live-streamed on YouTube as well as the company's site. New iPads, iMacs, AirTags, and more products expected to show up. 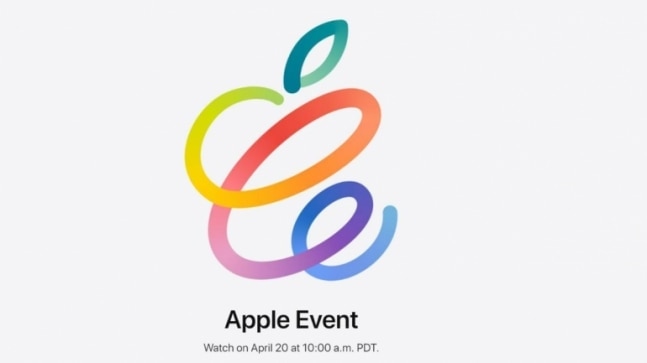 Apple event kicks off on Tuesday at 10:30 pm IST and can be live-streamed

With the confirmation of Apple's Spring Event on Tuesday, there have been already speculations high on a bunch of products ranging from new iPads to AirTags and more. The Cupertino-based giant is popular with dropping hints for its upcoming events, and the Spring Loaded tagline says enough. We expect an event that should see a number of new devices across the company's product line.

The Apple Spring Loaded event is virtual and kicks off at 10:30 pm IST on Tuesday and will be live-streamed on the company's YouTube channel as well as the official site. Some reports have claimed that this could be a long event which could mean more products to talk about. The excitement is already high, considering this will be Apple's first event this year, and below, we talk about a few products that we expect to be showcased at the event on Tuesday.

What to expect from the Apple Spring Loaded event

New iPads
One of the first products that may be revealed on Tuesday could be the iPad Pro. The company has been rumoured to refresh both the 11-inch and 12.9-inch models this year. Some reports have hinted that the new iPad Pro models could be powered by Apple's new A14X chipset, which may be touted as an M1 chip equivalent for tablets. Apple last year unveiled all-new Mac mini, MacBook Air, and MacBook Pro models powered by the company's new M1 chip.

Talking about the design, Apple is not likely to make massive design upgrades on the upcoming iPad Pro models. Some reports have claimed that the new iPad Pro could feature the mini-LED display tech, making the panel more vibrant. We should hear more on this front at Apple's keynote on Tuesday.

Some reports suggest Apple could also launch the iPad mini refresh or iPad mini 6. Much like the iPad Pro, the iPad mini isn't likely to see many design overhauls, and this could mean we get to see Touch ID integrated on the home button at the front same as its predecessor. However, one big change speculated is the massive display on the iPad mini, which could see a jump from existing 7.9-inches to up to 9-inches. Some reports hinted about an 8.5-inch iPad mini that could be unveiled.

AirTags
If there's one product rumoured for a long time, it has to be the AirTags, the Tile tracker-like product from Apple. The buzz around the product peaked when the company announced its new Find My Network Accessory Programme earlier this month, hinting that Apple indeed may launch a tracker-based product. The AirTags are more than likely to be integrated within the Find My app. Based on reports so far, the AirTags will come with built-in Bluetooth support and integrate Apple's ultra-wideband support.

iMac refresh
Apple is also anticipated to refresh its iMac line-up this year, and the Spring Loaded event could be the perfect timing as well. Many people are working from home with the pandemic, refusing to go away any time soon, which could be a good opportunity for Apple to woo some consumers to upgrade to the all-new iMacs. The company is likely to launch the new iMac in screen sizes ranging from 21.5-inches to 24-inches. Apple is also said to launch a 27-inch iMac for users who need an extra-large display for edits and more professional work.

Apple Pencil 3
Some reports have also hinted at an all-new Apple Pencil launch around the corner. This could be the best companion to the new iPad Pro models. While we haven't heard much on the features or specs of the Pencil 3 but we expect it to be unveiled on Tuesday.

iOS 14.5 release
One thing that's more than likely confirmed to be announced on Tuesday during Apple's Spring event is the rollout of the iOS 14.5 update. This is being touted as a big update, and the final beta is already rolled out for testers. The release is more than likely to bring the option to unlock the iPhone with an Apple Watch while wearing a mask. We should hear more updates during the company's Tuesday event.