In a major major boost to the government's Made in India initiative, Apple has started manufacturing one of its flagship devices, the iPhone 11, in Chennai's Foxconn plant. 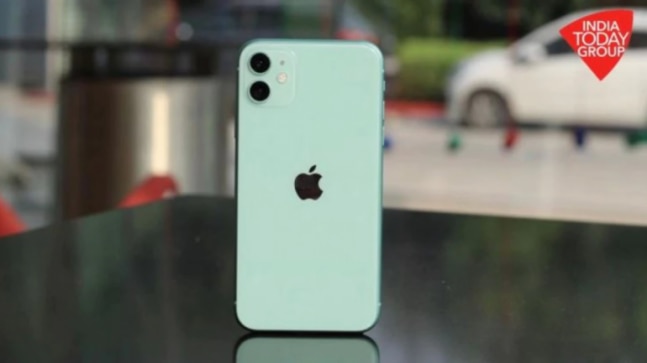 In a major major boost to the government's Made in India initiative, Apple has started manufacturing one of its flagship devices, the iPhone 11, in Chennai's Foxconn plant. Notably, this is the first time Apple has manufactured a top-of-the-line model in India, reports ET. Prior to this, the Cupertino-based tech giant had started assembling the iPhone XR in the country's Foxconn plant.

Commerce and Industry Minister Piyush Goyal announced the news on Twitter on Friday. He wrote, "Significant boost to Make in India! Apple has started manufacturing iPhone 11 in India, bringing a top-of-the-line model for the first time in the country." This is not all, Apple also has plans to make the iPhone SE 2020 in India in its Wistron plant near Bangalore. In 2017, Apple had started the domestic manufacturing of the Apple iPhone SE 2016 in the Bangalore plant.

The local assembly of Apple iPhones would be beneficial for buyers in many ways. The Made in India units won't cost as much as the imported devices as the company will not have to pay a 20 percent tax that is required to import the smartphones from its global manufacturing facilities. The ET report states that the production of the iPhone 11 will be done in phases and one of Apple's largest suppliers, Foxconn will make an investment of 1 billion dollars to expand its plant in Tamil Nadu over the next couple of years. Apple currently has three major suppliers for its iPhone models Foxconn, Wistron, and Pegatron. And not just Foxconn, Pegatron too has plans to invest big in India.

"We are fully pushing ahead with the next steps there (in India), and maybe in a few months' time, we can reveal on our website the next steps and report back to everyone. We'll have a further investment there," Liu Young-Way, Chairman of Foxconn, has said during the company's Annual General Meeting held in June 2020.

Now coming back to the Apple iPhone 11, it is one of the most popular Apple smartphones in India. Cheapest in the iPhone 11 series, the Apple iPhone 11 sells in India for Rs 68,300 for the 64GB variant, whereas the 128GB variant is priced at Rs 73,600 and iPhone 11 256GB costs Rs 84,100 in India. Earlier this year, Apple had increased the price of its iPhone by over 5 percent due to an increase in customs duty and Goods and Services Tax (GST).