With companies like Samsung, Xiaomi and LG dipping their toes in the foldable phone segment, Apple is also exploring how it can put a foldable screen in the iPhone. Also, this year the iPhone 13 with a fingerprint display is likely. 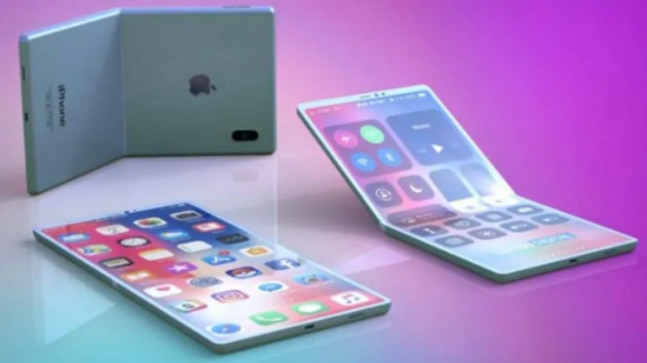 Apple has started exploring a foldable screen for the iPhone, although for now the plan is in very early stages and not even a fully-working prototype is on the table. Or so notes one report that says that Apple is checking out foldable and flexible screens that it can include in the iPhone in future.

Because the plan of putting a foldable screen in the iPhone is at a very early stage, it is not for the 2021 iPhone, notes a report by Bloomberg. Instead for 2021, Apple will only add minor changes to the upcoming iPhone 13, which will launch in September or October this year.

Last year, with the iPhone 12, Apple moved to a new design language, with straight edges and boxy looks. This same design is likely to be used with the iPhone 13. The biggest change in the iPhone 13 is expected to be inclusion of a fingerprint sensor under the display, reports Bloomberg. Top Android phones like the OnePlus 8 Pro already use a fingerprint sensor under display. Apple, since it decided to remove the TouchID, has relied on its excellent Face ID for user authentication. However, in 2020 as people used phones while wearing masks limitations of the FaceID became apparent.

To address the inconvenience, Apple is likely to include a fingerprint sensor under the display of the iPhone 13.

Foldable phones are still new and evolving. Samsung has made two — Fold and Fold 2 — but both of them are work-in-progress products and for most consumers a regular phone is still a better bet. This year, LG has already expressed its intention to launch a rollable phone by the end of this year, and just a few days ago we saw a prototype of a Xiaomi phone with foldable phone leaked on the web. With big smartphone companies looking at foldable screens, it seems Apple too is exploring how it can include a flexible or foldable screen in its top selling device.

But even if Apple decides to move to foldable screens for the iPhone, it is unlikely to happen before 2022 or even 2023 or 2024. We have seen in the past that Apple often moves to a new technology only when it is certain that the technology is ready for regular use and that it enhances the product. Currently, the phones with foldable screens are not better than a regular high-end phone.

Apart from the in-display fingerprint sensor, the iPhone 13 is likely to come with only minor changes compared to the iPhone 12. This means it is likely to have similar design, similar display size, similar cameras — although it may gain a telephoto lens like Pro iPhones — and similar connectivity options.

Samsung Galaxy S21 series has a serious price problem in India, S21 and S21+ and S21 Ultra are too expensive