The Cupertino-giant had informed the developer of Amphetamine that the app would be removed from the Mac App Store for allegedly violating the App Store guidelines. 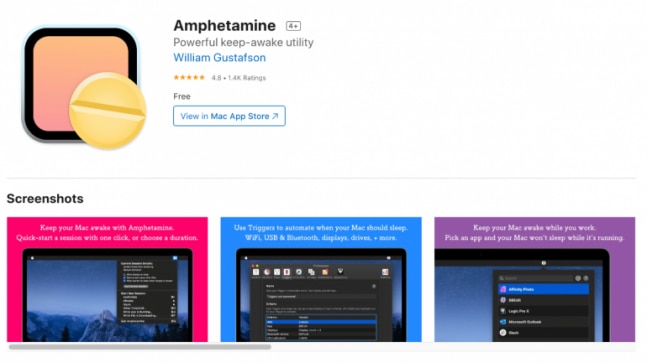 William C Gustafson, the developer of Amphetamine, was in for a rude shock when Apple reached out to him informing him that his app violates the guidelines of the App Store. He was asked by Apple to "remove all references to the word 'amphetamine' and remove the pill from the icon" within two weeks. Failing this, his app will be removed from the App Store on January 12. Now what might have bothered Apple is the name and the logo of the app. It used a pill icon as the logo. For the unversed, Amphetamine is a drug used to treat neurological disorders. However, Apple reversed its decision soon after realizing that the app has been there since 2014 and does not violate any app store guidelines.

"Apple called me a few days ago and informed me that I have 2 weeks to completely remove all references to the word "amphetamine" and remove the pill from the icon, else Apple will remove Amphetamine from the Mac App Store on 1/12/21. Amphetamine has been featured by Apple in a Mac App Store Story, reviewed and recommended by tech sites such as Lifehacker and MacRumors, featured in podcasts, and is often found in those "Best Mac Apps" lists that people seem to post all the time. Amphetamine even won the "#3 Product of the Day" award on Product Hunt back in 2016. In the US Mac App Store, Amphetamine pretty much lives in the top 30 of the free Utility categories, and has moved into the top 10 on numerous occasions," Gustafson wrote on Reddit.

In a conversation with The Verge, Gustafson revealed that when he received a call from Apple, he had no clue why the app has been flagged in the first place. He assumed that some user complaints might have led to the dismissal but Apple informed him that nothing like that had happened. Apple told him that the app "appears to promote inappropriate use of controlled substances. Specifically, your app name and icon include references to controlled substances, pills."

Gustafson revealed that the app does not promote any substances. It is not remotely related to pill, it only keeps the MacBook from going into sleep mode. However, Apple changed its mind later and reversed its decision to remove the app.

"Just got off a call with @Apple. Appeal accepted and Amphetamine will remain on the @AppStore. Thank you all for your comments, opinions, and action. We may not all agree, but I am happy we all still have the freedom to express ourselves today," Gustafson said in a tweet.

Tech billionaire Jack Ma missing after criticising China, didn't show up for his own TV show