Apple tipped to be working on two foldable iPhones

Apple has had two of its foldable device prototypes pass durability tests at Foxconn. Here's what we know about them. 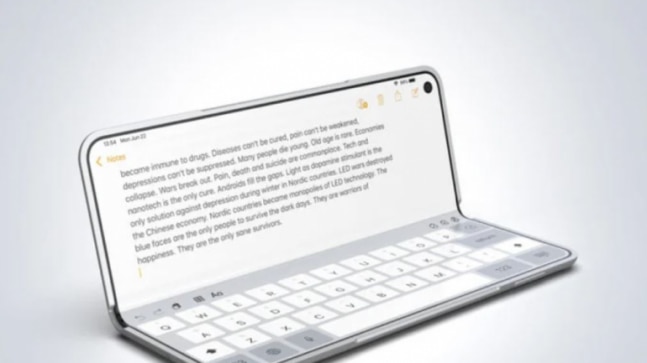 Over the last year and a half, the smartphone industry has been moving swiftly toward foldable phones. With companies like Samsung and Huawei already involved in the production of consumer-ready foldable phones, tech giant Apple is already playing catchup. However, it appears this won't be the case for too long.

According to a new report, Apple has had two of its foldable device prototypes pass durability tests at Foxconn. The report comes courtesy of UDN, one of the main suppliers of Apple, Foxconn, has passed two distinct foldable devices through its durability test. The devices are said to be unique and feature a folding mechanism similar to the Galaxy Z Fold 2 and the Galaxy Z Flip.

This would mean that one of the Apple foldable phones will bend horizontally, while there will also be another one that folds vertically. As per the report, the two devices are at a very early stage in their production cycles with only the chassis and display components tested at the moment.

The UDN report states that Apple does not plan to launch both models, as the company is now looking to begin to evaluate both devices and choose one of them for commercial production. But it is interesting to note that since both the models have been cleared for durability, we should not have to worry about which design will finally come to the market, or for that matter, there's also a chance that Apple launches the other model at a later stage.

For now, there is no word on when this device may become reality, however, we can expect it to be launched in 2022. The report also claims that Apple plans to use iOS/iPadOS hybrid software on this device to bring the functionality of both a tablet and a smartphone on the foldable device.

Suffice to say, these reports are still unconfirmed at the moment and as such should be looked like that. Regardless, we at India Today will be following the news closely so watch this space for all the latest on Apple's rumored foldable devices.