Apple is working on the 2020 model of the Apple Watch and a horde of new features are expected to arrive. 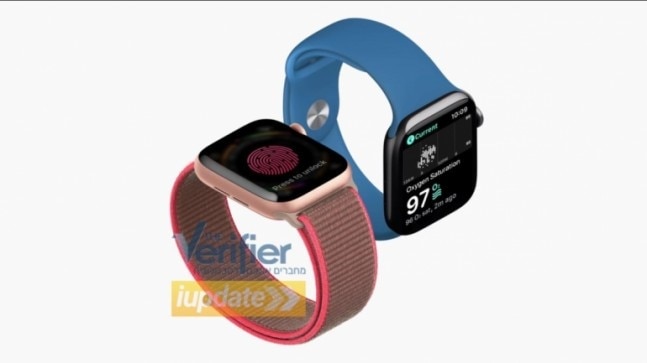 According to a joint report by The Verifier and iUpdate, Apple Watch will feature Touch ID on its digital crown. The Apple Watch models, over the years, have nearly been the same design-wise. There is a petite design with a digital crown mounted on the right edge of the dial. This time, the digital crown will also take fingerprint authentication to securely carry out functions such as unlocking the smartwatch and making payments without needing to enter the passcode. The Touch ID feature on the Apple Watch could also add a securer layer for when an app is downloaded from the App Store.

But, weirdly enough, the report also said that Apple could integrate Touch ID (or whatever it may be called if it materialises) into the Apple Watch Series 7 display. This seems far-fetched for an Apple Watch at this point. If the technology materialises, it will likely arrive on next year's iPhone models before making its way to the Apple Watch. For the Touch ID to be integrated into the display, Apple will also have to make adjustments to the respective platforms for its devices, such as iOS and watchOS. In any case, Apple's upcoming WWDC will clear the air on the software part at least. Apple will hold WWDC will begin in June, although the dates are yet to be announced.

Apple Watch Series 6 is also reported to come with better water resistance - it may have an IP68 rating since the Series 5 models come with an IPX7 rating. It is also expected to come with support for 'Hey Siri' commands, much like what is available on iPhone and iPad models. The Apple Watch 2020 model could also pack a blood-oxygen sensor for better coverage of the user's health. Another much-demanded feature is native sleep tracking, which could arrive this time, as well. Additionally, the Apple Watch Series 6 was previously reported to come in a new round-shaped design but the joint report has refuted the claims and said the current design will be retained. In any case, we will know more in the coming days.