Apple Watch comes to rescue of British cycliststuck in river

The cyclist was being carried by the water current when he grabbed a branch of a tree to save himself and called for help. 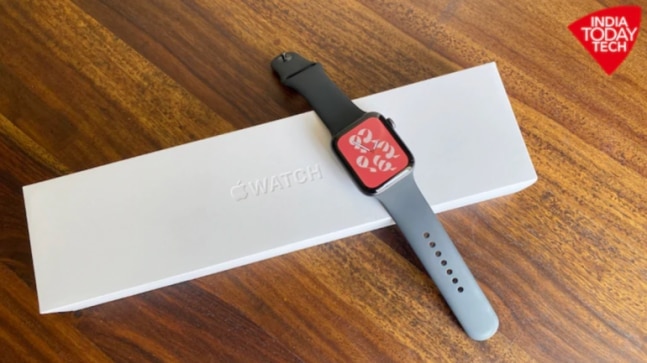 Apple Watch has proven to be a life-saving device many times in the past. The watch, which is hailed for its innovative technology, has been instrumental in rescuing a British cyclist who got stuck in a flooding river in the United Kingdom. Just a week ago, an Apple Watch was used to find a kidnapped woman.

As per a Gizmochina report, the cyclist was struck in the Wye River. He was being carried by the water current when he grabbed a branch of a tree to save himself and called for help. As he did not have his phone with nor was he in a position to look for his phone, he made a call from his watch to the rescue team.

"While holding onto a tree branch tightly, he talked to our fire control personnel through his Apple Watch. It worked very well for us and actually helped us find him as soon as possible," said rescue commander Sean Bailey was quoted as saying.

He further added that the cyclist "was caught up in the turbulent river very quickly, but we were very surprised by his ability to save himself."

For the unversed, Apple Watch can be used to make calls via the LTE or a paired smartphone. The watch also comes with SOS mode which can alert the authorities in case of an emergency or send messages to the emergency contacts chosen by the user. Apple Watch including the Watch 3, Watch 4, Watch 5, and now Watch 6, Watch SE support the LTE feature. These models are a little expensive than the base models.

A few days ago, a woman, who was kidnapped in the United States in Selma, Texas was tracked using an Apple Watch. She used her Apple Watch's emergency ping feature to inform her daughter that she has been kidnapped. Although she couldn't get through to her daughter as it got disconnected midway, this helped the police in tracking her.

As per a Fox San Antonio's report, the Apple Watch showed the victim's exact location on East Sonterra Blvd at the Hyatt Place Hotel. The police tracked the location through the watch and reach the spot where the woman was kept. Although the kidnapped managed to flee the scene, he was arrested soon.

Apple has this important feature that allows users to make emergency calls. To make an emergency call from the Apple Watch, users are required to press and hold the side button on their watch until the Emergency SOS slider appears. As soon as you press the button, the countdown starts, and when that ends the call reaches the emergency services.