Apple CEO Tim Cook said that both the Apple Watch Series 6 and Apple Watch SE models did well in the March quarter in each geographic segment. 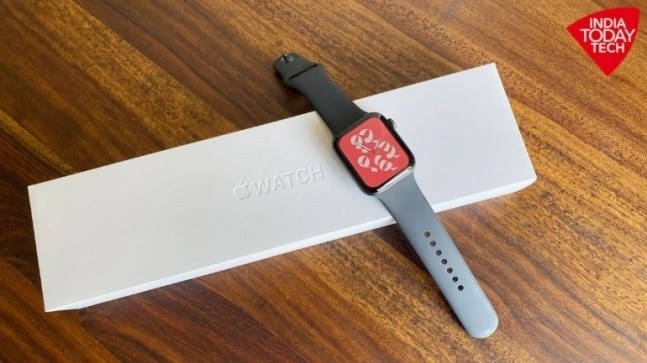 Apple has announced a record revenue quarter between January to March, riding high on a surge in demand for new 5G-enabled iPhones as well as Macs and iPads. However, Apple Watch growth story was one that couldn't get much attention during the company's earnings call for its second fiscal quarter of 2021.

Apple's Chief Financial Officer Luca Maestri revealed that almost 3 out of 4 Apple Watch sold in the quarter were by first-time users.

Apple Watch also saw a surge in demand from new users as 75 per cent of customers who purchased the smartwatch were new to the product.

Maestri, during the earnings call (via iMore earning call transcript), said, "Wearables, home, and accessories grew 25 per cent year-over-year to $7.8 billion, setting new March quarter revenue records in every geographic segment. Apple Watch continues to extend its reach, with nearly 75 per cent of the customers purchasing Apple Watch during the quarter being new to the product."

"We are very excited about the future of this category and believe that our integration of hardware, software, and services uniquely positions us to provide great customer experiences in this category," Maestri added.

Cook, during the earnings call, said, "It was a quarter of sustained strength for wearables, home and accessories, which grew by 25% year-over-year. Apple Watch is a global success story and a category set March quarter records in each geographic segment, thanks to strong performance from both Apple Watch Series 6 and Apple Watch SE."

Also read: | Tim Cook reveals the most popular iPhone model and the answer is not surprising
Also read: | Facebook briefly hid posts calling for PM Modi's resignation, says it was a mistake
Also read: | Telegram to launch group video calling feature in May to take on Zoom