It is being reported that the new Apple Watch could offer mental health features to help out millions around the globe. 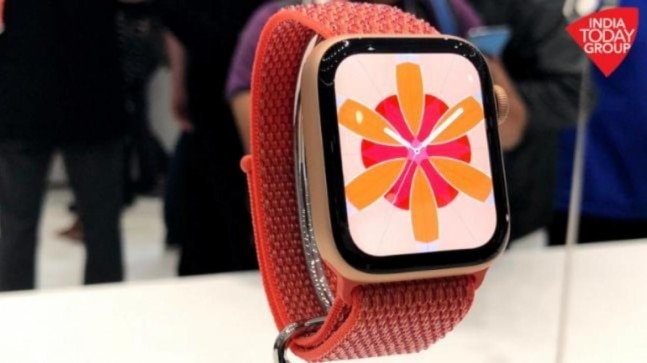 The next Apple Watch -- widely tipped to be called the Apple Watch 6 -- is expected to launch before the end of this year alongside the iPhone 12 range of iPhones. Interestingly, it is being reported that the new Apple Watch will offer mental health features to help out millions around the globe.

The new reports are based on an exchange between Twitter user Nikias Molina and Jon Prosser, which involved the latter confirming that Apple Watch 6 will indeed come with a feature to keep a track of a user's mental health.

The original tweet by Molina detailed how the Apple Watch Series 6 will bring an S6 chip and a longer battery life while also offering sleep tracking and Pulse Oximeter features. The latter according to Molina says, is for "mental health abnormalities detection". This new feature is said to compliment the heart rate monitoring capabilities already existing on Apple smartwatches that make them capable of identifying potential symptoms of anxiety in wearers.

According to XDA Developers' Max Weinbach, who has previously shared some information about the feature on Twitter, preliminary reports suggest that the Apple Watch 6 with this new feature may detect panic attacks and when a user is under stress. It is then supposed to learn over time what symptoms occur before and during the panic attack.

He further claims that overtime the watch will be able to detect patterns and alert a user of panic attacks before they happen to help them find assistance in time. "Similarly to high heart rate notifications, the user would be able to look through the history of their detected panic attacks and see how the Watch behaved. The user can also manually specify the symptoms in order to further increase the accuracy," he added.

Prosser later responded to the tweet with a "yep" to confirm the presence of these features on the Apple Watch 6. However, he refrained from sharing any more details about the upcoming device which is expected to be launched in September this year.

Additionally, the upcoming Apple Watch 6 has been said to bring with itself sleep tracking in 2020. These new features will require more battery life and as such, it would be interesting to see how Apple will go about increasing the battery life of the new Apple Watch 6.

The company could also shift to a faster wireless Qi-related charging standard to improve the Apple Watch 6 and help it stand out as a better offering than competing smartwatches.