The Apple Watch Series 6 could come with watchOS 7 that could bring in new features and a new design. 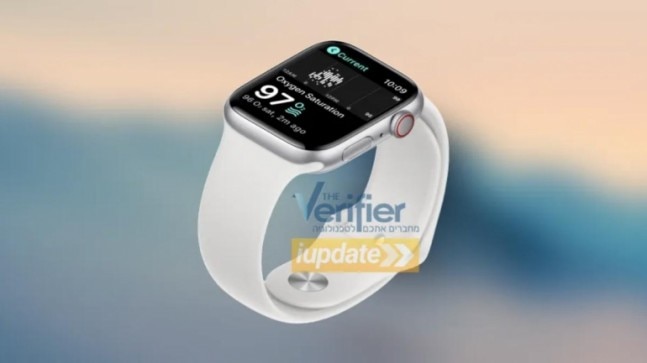 Rumours are rife that the Apple Watch Series 6 is being overhauled to a great extent in terms of specifications and features. Apple's 2020 smartwatch model is rumoured to pack a sensor that can measure the levels of oxygen in blood, in addition to the one that tracks sleeping patterns. A joint report has claimed that the watchOS 7, which will debut with Apple Watch Series 6, has been spotted with new features, including the blood-oxygen sensing and sleep tracking. The Apple Watch Series 6 was also said to feature Touch ID on the digital crown in the same report earlier this week.

A report by The Verifier and iUpdate has claimed, citing senior sources, Apple is working on two new features for watchOS 7 - blood-oxygen sensing and sleep monitoring. The latter has been in anticipation for quite some time, especially after Apple acquired Beddit in 2017. Sleep tracking is supported on Apple Watch models via third-party apps but there is no battery optimisation for them. Since the Apple Watch needs to be charged at least once a day, it is normally done during the nighttime - defying the whole purpose of having a sleep tracker. With the native sleep tracker, the battery could be optimised for the feature.

The watchOS 7 will also have a complete design overhaul, which will refresh the look of icons and interface. There will also be updates to in-built apps that, the report says, "haven't been seen in recent years." That being said, the report claims watchOS 7 will not arrive on Apple Watch models launched in 2016. The watchOS 7 will also support 'Hey Siri' commands, much like how they are supported on iPhone and iPad models. The specifics on how the commands will work are not known at this point. If we are to assume, Siri could support music playback control via voice commands.

The same report claimed that Apple Watch Series 6 could also have Touch ID on the digital crown. This will add a security layer on various functionalities on Apple Watch, for example, unlocking the smartwatch and authenticating Apple Pay transactions. The report also says that the 2021 model of Apple Watch could embed Touch ID on the smartwatch's display but it may not hold much water given this point in time.

OnePlus 8 series to launch soon: Here's what we know about these upcoming flagships

Coronavirus can live up to 96 hours on smartphones, study reveals