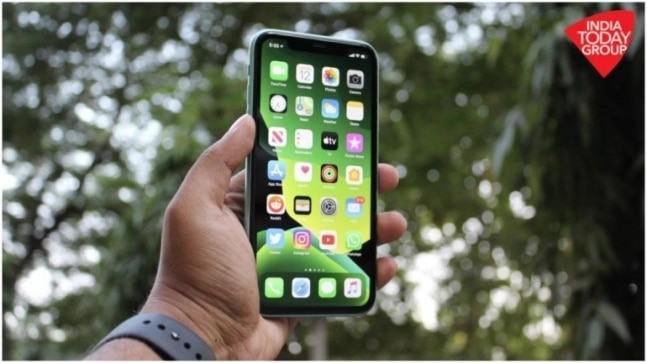 With iOS 14.5 now out, Apple has brought back the talks about user privacy right to the centre. Apple has introduced App Tracking Transparency with the new iPhone update and it targets not just your privacy but also the ad revenue of some of the biggest companies. Your iPhone will now ask you whether you want to give an app access to your phone behaviour. So far, it has been turned on by default. "What is the big deal about that?" you may ask. Well, when an app tracks your activities and behaviour on your phone without informing you, it is a sheer breach of privacy. And your data is shared with advertisers for personalised ads. Apple has put a noose on this menace with iOS 14.5 and the company's senior vice president of software engineering Craig Federighi has come forward to talk about it.

Joanna Stern of The Wall Street Journal sat down with Federighi, who sits just a hierarchy below Apple CEO Tim Cook's, to talk about Apple's new App Tracking Transparency and how it will impact users and advertisers. When Stern asked Federighi to explain what exactly App Tracking Transparency is, in 30 seconds, Apple's software chief boasted he could do that in 8 seconds. So, in Federighi's words, Apple's App Tracking Transparency "gives users the choice of whether they want to be tracked across apps and websites." It is pretty simple. iOS 14.5 would not give any app access to track your online- and phone-related activities by default. The apps will need to ask your permission now, and this may put a damper on the ad revenue.

To put it even more simply, allow me to give you an example. Say, you want to buy a new pair of jeans for yourself. You opened an online shopping app to check it out, and then you decided to take some time before you splurge. After some time, you wanted to check what your friends are doing on Instagram, so you open it. And a few posts later, you see the same pair of jeans right there -- as an advertisement -- asking you to just tap on the Buy Now button and make the purchase. This is not new because every iPhone has an IDFA, short for Identifier for Advertisers. It is a unique tracking number that apps share among themselves to share your data -- just like how the shopping app and Instagram did. iOS 14.5 will now stop the IDFA of your iPhone from being shared automatically. And that is why you have 'permission' pop-ups now.

"We really just want to give users a choice," Federighi was quoted as saying in the video interview. "These devices are so intimately a part of our lives and contain so much of what we're thinking and where we've been and who we've been with that users deserve and need control of that information." He added, "The abuses can range from creepy to dangerous."

The abuses that Federighi is talking about refer to the unsolicited collection of data that most apps are doing on your iPhone if you have not updated to iOS 14.5. Your data is available to a pool of advertisers and they now know that you are saving up for that red dress or that new smartphone. And they will not leave a single chance to show you what you crave, just so you crave it more and end up buying it. For customers, it seems like a move in the right direction that the entire tech industry should follow. But, at the same time, it is a nightmare for advertisers and the tech companies that have contracts with them. You see, nothing is free in this world. So, when you think you are not paying anything to use apps such as Twitter, Facebook, or Instagram, you are heavily mistaken. Your data is money for them. iOS 14.5 disrupts the flow of this money with App Tracking Transparency. Naturally, developers are going to be irked.

Apple was supposed to release App Tracking Transparency last year with iOS 14 but developers were not ready. Apple heard them and planned a delayed rollout, giving developers time to make adjustments. "It wasn't surprising to us to hear that some people were going to push back on this, but at the same time, we were completely confident that it's the right thing," Federighi told Stern. "We gave the developers an opportunity to explain themselves as to the purpose for which they were potentially asking to track," he said. Developers can put their case and urge iPhone users to grant permission to track.

Facebook was one of the biggest developers to decry this move, labelling it hypocritical, anti-competitive, and sabotage to small and medium businesses. Well, of course, everyone knows about Facebook's creepy tracking system that works across platforms. Apple's new security feature just prohibits Facebook's tracking from running on its own. You will have to give permission to Facebook and its apps to be able to do that.

Federighi has explained why it is important that an iPhone user should have more control over what apps on the phone can do. And this includes safeguarding their privacy. But Apple is giving an option, so if you are okay with tracking your online behaviour, you can "Allow" these apps every time a pop-up appears on your iPhone's screen.