As OnePlus 8 has cheaper Indian price, what can we expect from Xiaomi Mi 10?

OnePlus has announced a surprisingly affordable price for its entry-level OnePlus 8 in India. What does it mean for the upcoming Xiaomi Mi 10? 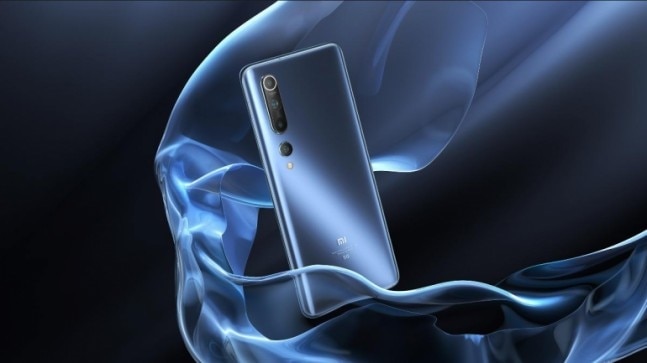 Had the COVID-19 pandemic not pulled the world to a grinding halt, we would have been busy comparing the just-announced OnePlus 8 with the Xiaomi Mi 10, the latter being Xiaomi's most premium phone from China that was scheduled to launch on March 31. Sadly, that's not the case and we are yet to see both of these phones. The OnePlus 8 and OnePlus 8 Pro are almost ready for sale, just waiting for the lockdown to be over, with attractive pricing. But what about the Xiaomi Mi 10?

2020 is the year when Xiaomi finally brings back its entire premium Mi series of phones to our shores. The Mi 10 is expected to be the torchbearer, offering the best of what Xiaomi has to offer at a premium price. In fact, before the OnePlus 8 series was unveiled, it was difficult to believe that the Xiaomi Mi 10 could be beaten in terms of specifications.

Even though Xiaomi is yet to announce anything on this front, it seems that the company will be looking to launch the phone in India once the lockdown period ends. If that happens, what should we as premium smartphone buyers expect from Xiaomi?

The Xiaomi Mi 10 is a flagship phone is all its might in China. There are two models under the Mi 10 name, one of them being a regular Mi 10 model with all the essentials whereas the other Mi 10 Pro being the maxed-out model with high-grade cameras.

Since the standard Mi 10 is expectedly coming to India, let's talk about it. As with all 2020 flagship phones, you get a Snapdragon 865 chip with 5G connectivity enabled. This will be paired with up to 12GB RAM and 256GB UFS 3.0 storage. Given that it's a Mi branded flagship, there's MIUI 11 based on Android 10 onboard.

The Xiaomi Mi 10 makes use of a 6.67-inch Full HD+ AMOLED display that follows the trend of high refresh rate panels with a 90Hz refresh rate. This isn't cutting edge but it is surely among the best phone screens in the market, especially with its curved edges and a JNCD rating of less than 0.55. There's a small cutout on the top for holding the 20-megapixel front camera.

Cameras is where the Mi 10 prides itself. It uses a 108-megapixel main camera with 1/1.33-inch sensor that's assisted by OIS, the only other phone using this sensor is the Samsung Galaxy S20 Ultra. This camera is joined by a 13-megapixel ultrawide camera, a 2-megapixel macro camera and a 2-megapixel depth camera. Quite a versatile setup for a premium phone.

Lastly, the Mi 10 relies on a 4780mAh battery that can support both 30W fast wired as well as wireless charging. You can also reverse wireless charge at speeds of 10W. Xiaomi Mi 10: Should you wait or go for the OnePlus 8 series?

If you are in love with what OnePlus has to offer, i.e. a minimal custom Android skin with an ultimate focus on performance, you can go ahead with the OnePlus phones.

However, the Xiaomi Mi 10 is for those who want something new in the premium phone space. It all depends on what pricing strategy does Xiaomi adopt for the Mi 10. Based on the features as well as the official hint from Xiaomi, it seems that the Mi 10 could sit in between the OnePlus 8 and OnePlus 8 Pro. Unlike the OnePlus phones, the Mi 10 will be a completely imported smartphone and taxes are expected to drive the prices up.

Let's say the Xiaomi Mi 10 fists it out with the OnePlus 8 Pro in terms of pricing in India. Even at this price, the Mi 10 has a lot going for it.

-Compared to the OnePlus 8 Pro, the Mi 10 has a 108-megapixel camera that has already nabbed a very high score of 124 at DxOMark. The scores for the OnePlus 8 Pro are yet to come but it seems that both these phones might on par with each other. The 108-megapixel camera should deliver higher details as well as superior colours, at least in theory. Of course, we can deliver a judgement once we get these phones in our hands

-Xiaomi's MIUI has a loyal fanbase for almost the last 10 years and with each update, it only becomes better. MIUI, unlike Oxygen OS, offers hundreds of customisation options, right from the icons to how your notification bar behaves to what the lock screen shows, and much more. Power users may find MIUI more interesting over OnePlus' Oxygen OS, which follows a minimalist approach in terms of UI design and features.

In all other areas, both the OnePlus 8 Pro and Xiaomi Mi 10 are almost evenly matched, with the OnePlus 8 Pro pulling a slight lead in terms of the display. It will eventually depend on personal preference, given that these phones are so similar in most of the areas.

That said, if Xiaomi manages to bring the price down to the levels of the OnePlus 8, it could end up as a winner. The chances for that to happen are extremely low, though.