Asus could be working on ZenFone 7 aka 7Z, its Pro variant

The Asus ZenFone 7 and ZenFone 7 Pro are said to be in the making and feature Qualcomm Snapdragon 865 processor. 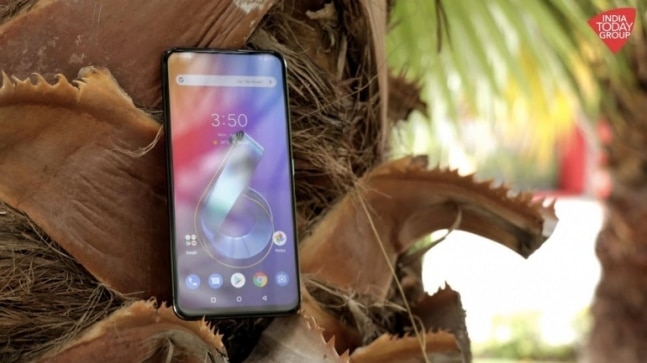 Asus is reportedly working on the ZenFone 7 as the successor of the Asus ZenFone 6. The Asus ZenFone 7 will launch as Asus 7Z in India, following the change in the nomenclature for the flagship. This time Asus is also said to have a Pro variant of its flagship smartphone, which will be called ZenFone 7 Pro aka Asus 7Z Pro. The Asus 7Z is said to borrow the flip camera design from the Asus 6Z but have more sensors than the one on the latter.

According to a report by the Chinese blog TNN Today, citing a news wire, the Asus 7Z will have a rotating camera module that can be flipped forwards to double as selfie cameras. A similar setup was seen on the Asus 6Z but with fewer camera sensors than what the successor is supposed to come with. There will definitely be more than two sensors on the camera module but it is uncertain how many there will be. The report also mentions the Asus 7Z will not have any display notches and even a punch-hole setup is unlikely.

The Asus 7Z will be available in Black and White colour options, according to the Chinese blog. The upcoming smartphone is also expected to be priced less than what the upcoming ROG Phone 3 would cost, which will be important for the smartphone to make its space in the market. The company has already confirmed it will pack a Qualcomm Snapdragon 865 processor on the flagship Asus 7Z. There will be 5G support, as well on the Asus 7Z. The smartphone, according to the Geekbench listing, will pack 16GB of RAM and Android 10.

The details of the Asus ZenFone 7 Pro aka Asus 7Z Pro are not clear but there will be some bump-ups to the Pro variant definitely.

For Asus, the 7Z could be an important device as it will take the flagship line-up forward after the Asus 6Z. The Taiwanese company is also launching the ROG Phone 3 in India later this month. The smartphone is expected to come with the same Qualcomm Snapdragon 865+ SoC while the Asus 7Z will expectedly feature a Snapdragon 865 processor, which is only slightly less powerful. There will be a 64-megapixel main camera and a 6000mAh battery on the upcoming ROG Phone 3. The ROG Phone 3 will have a 144Hz display with less touch latency, meant for better gaming. The smartphone is also likely to feature 5G support in India.