Asus ROG Phone 3 is the third edition of the company's gaming smartphone range, but this time the company has dialled up the refresh rate on the display to 144Hz. 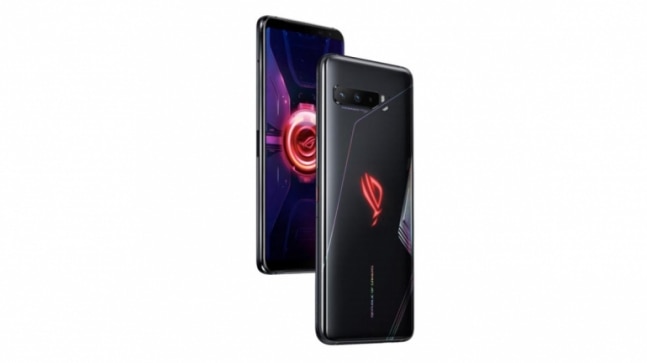 Asus ROG Phone 3 is now official in India as the successor to the popular ROG Phone 2, which, the company believes shook up the mobile gaming industry. With the ROG Phone 3, the Taiwanese company is taking a big leap as it introduces 144Hz refresh rate on the display and puts the top-notch Qualcomm Snapdragon 865+ processor on a smartphone in India. However, Lenovo took away the title of launching the world's first Snapdragon 865 Plus-powered smartphone, the Legion Phone Duel aka Legion Phone Pro launched earlier in the day. But unlike the Legion Phone Duel, the ROG Phone 3 continues to offer high-end gaming with the Enhanced X Mode and an improved AeroActive Cooler 3.

I am particularly intrigued by the 144Hz display to notice if it makes any difference to my regular gaming on 90Hz displays. Asus is claiming the touch response is 1ms on the 6.59-inch AMOLED HDR10+ display. There is no notch or punch-hole on the display, which is a relief particularly when I am gaming and do not want any perforations to obscure elements in PUBG Mobile. The display also has an in-display fingerprint sensor. I will tell how the display works for games in my review later.

Asus has claimed the smartphone is meant for landscape use but, unlike the Legion Phone Duel, it does not skew with the entire interface and the placement of hardware, such as the camera on the sidebar.

The smartphone packs an octa-core Qualcomm Snapdragon 865 Plus processor with a maximum clock speed of 3.1GHz. The processor is integrated with the X55 model for 5G connectivity in the sub-6GHz range. There is an Adreno 650 GPU on the chipset claimed to offer 10 per cent better performance than the vanilla Snapdragon 865 processor.

OnePlus 8 Pro, Realme X50 Pro, and the Oppo Find X are some of the latest phones to sport the Snapdragon 865 processor. And while they pitch gaming as one of the mainstays, Asus is attempting to outdo them with a slightly better processor. Asus is partnering Google Stadia to make the ROG Phone 3 compatible for cloud gaming, which is currently available in the US but could arrive in other countries later.

Apart from the processor, Asus is also catering to the gamer community with a bunch of features and the design that are geeky at best to set the ROG Phone 3 apart. The Asus ROG Phone 3 has a familiar design yet it feels fresh. The back panel has a line going through the back panel, bent at various angles to give a geometric look. It looks like a seam and imparts a premium look. At the centre is the ROG logo. There are Air Triggers on the side of the smartphone, which will work with most games for functions such as aim-and-shoot.

Asus has also paid attention to the smartphone's other specifications to live up to the flagship tag. The Asus ROG Phone 3 has a 64-megapixel Sony IMX686 main sensor at the back, accompanied by a 13-megapixel ultrawide sensor with a field-of-view of 119 degrees, and a 5-megapixel macro sensor. For selfies, there is a 24-megapixel camera with a 27mm focal length. The smartphone supports up to 8K 30fps video recording from the main sensor. There is a slow-motion video feature also available on the ROG Phone 3. It runs Android 10 with ROG UI on top.

The Asus ROG Phone 3 has cross-talk cancellation with the help of dual front-facing speakers, powered by DIRAC. There is also the ROG GameFX audio system for when you are gaming. For connectivity, the Asus ROG Phone 3 has Wi-Fi 6 and Bluetooth 5.1, apart from NFC, GPS, and dual SIM standby for up to 5G networks.

Asus ROG Phone 3 comes with a 6000mAh battery that can be charged using the inbuilt USB-C port and another port that is a part of an accessory. Much like this accessory, there are other accessories, such as Kunai 3 Gamepad, TwinView Dock 3, Mobile Desktop Dock 2, and the Professional Dock 2. Asus is also adding a ROG Clip to attach any gamepad and a Lightning Armour Case for the ROG Phone 3. All the accessories, except for the mobile cover, will have to be purchased separately.

ALSO READ | YouTube brings back HD streaming in India but there is a catch
ALSO READ | JioPhone users can now use Google to read and translate text: Here is how
ALSO READ | Amazon makes it compulsory for sellers to display country of origin on product listings
Tags: Asus