After days of speculations and leaks, Asus has finally revealed the official launch date for Asus ROG Phone 3. Read on to know more. 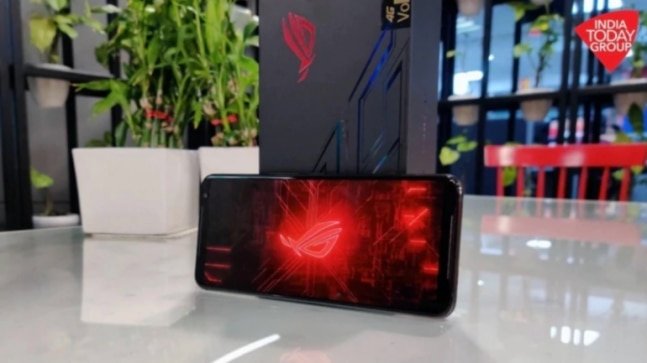 The listing on the Asus website shows that the phone will be announced on July 22 at 10 am ET, which means in India it can be viewed at 7:30 PM IST on the same day.

Although the specifications and features of the smartphone have not been revealed officially, a listing by the Chinese regulatory authority TENAA has leaked some of the specifications of the Asus ROG Phone 3. The leaks also showed that Asus hasn't experimented with the design really and it looks starkly similar to its predecessor, the Asus ROG Phone 2, which was released in 2019. Considering the pattern, Asus doesn't play much with the outlook of its ROG phones but the ROG Phone 3 is touted to feature some of the latest specifications. Here's what we know so far about the device as per the leaks and speculations.

As per leaks, the Asus ROG Phone 3 is expected to feature a 6.5-inch Full HD+ AMOLED like its predecessor the ROG Phone 2. It was also being speculated that the base variant of the smartphone will have a refresh rate of 120Hz while the top-end variant might feature a higher refresh rate panel of 144Hz.

Asus ROG Phone is likely to be powered by Snapdragon 865 chipset paired with 16GB LPDDR5 RAM and a storage capacity of up to 512GB.

Under the hood, Asus ROG Phone 3 is expected to house the same 6000mAh battery like its younger sibling with support for 30W fast charging. It might also come with an improved cooling mechanism.

In terms of the optics, Asus ROG Phone 3 is likely to feature a triple camera setup on the rear which will comprise of a 64-megapixel primary sensor, a 13-megapixel ultra-wide angle-camera while the third camera could be a depth sensor. On the front, ROG Phone 3 might feature a 13-megapixel camera for selfies.