Asus is busy finishing development on the ROG Phone 3 as the phone has been spotted on benchmarking sites. 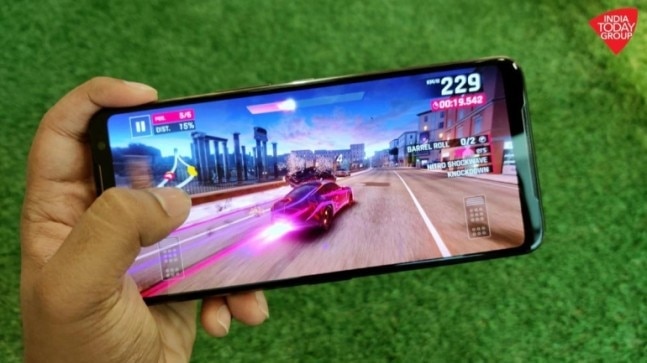 Last year's ROG Phone 2 was an absolute beast of a smartphone, with Asus throwing on everything it could. The ROG Phone 2 carried on a familiar design but upgraded the key specifications to make the experience much better. Of course, its successor is expected to be even better and offer more firepower for all the gaming requirements. This phone is already under development and has been spotted nabbing certifications.

The ROG Phone 3 has been spotted on Geekbenck, flexing its muscles and showing off what it can do with the upgraded hardware. A recent report from MySmartPrice spotted the successor to the ROG Phone 2 hiding under the name of I003DD. The listing only confirms that Asus will be using the Snapdragon 865 chipset, like all gaming smartphones this year. It also reveals an 8GB variant of the phone. It will also have Wi-Fi (of course!) as it has been certified by the Wi-Fi alliance.

However, the Asus 6Z was not among the bestselling premium smartphones in the market. Despite having a Snapdragon 855, a bezel-less fullscreen LCD display with no notch, a 5000mAh battery and a unique Flip Camera, most people chose the ROG Phone 2 despite the latter costing more. Asus may have cancelled its plans to go ahead with its mainstream flagship phone this year owing to the lower demand.

The ROG Phone series has always been offering the latest technological advancements in the smartphone space. Last year's model initiated the trend of 120Hz refresh rate screens and big 6000mAh battery. This year, Asus could upgrade the display to the trendy 144Hz refresh rate. You can also expect Asus to retain the same design, albeit with minor tweaks.

With component prices rising high, the ROG Phone 3 could come at a higher price than the ROG Phone 2. The base model could easily start from approximately Rs 50,000. At this price, the ROG Phone 3 will have to face the Xiaomi Mi 10 5G and the OnePlus 8. Several affordable gaming phones have also made it to India this year, such as the iQOO 3 and Realme X50 Pro 5G.