Asus ROG Phone 5 launch soon: Second display, three cameras, and everything else we know so far

Asus is expected to launch the ROG Phone 5 soon and going by the leaked material, it is going to be a good upgrade over last year's model. 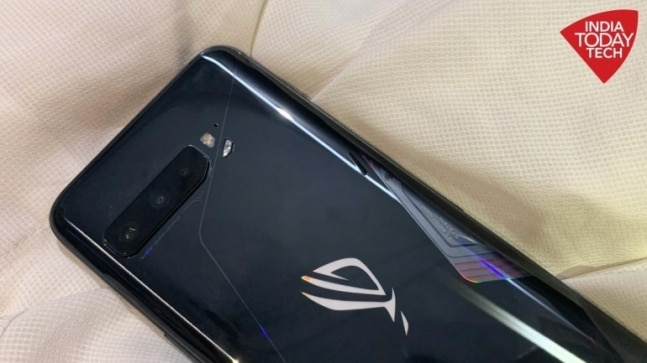 Asus ROG Phone 5 is expected to be this year's gaming brute and it may arrive quite soon. The ROG Phone 5 will be an upgrade over last year's ROG Phone 3 that thoroughly impressed me with its set of specifications, its gaming prowess, and, of course, the design that makes it stand out in the sea of nondescript phones. As a gaming phone, ROG Phone 5 is going to have many takers, because Asus manages to bring out a set of features that will appeal to gamers more than anything else. So how is the ROG Phone 5 going to do that?

So far, the Asus ROG Phone 5 has been leaked in some low-resolution images. The design is loosely indicated by these images but not much is clear about the specifications of the ROG Phone 5. In fact, the name ROG Phone 5 stands on the strong speculation among tipsters. This year's model will be Asus' fourth ROG device, so, logically, it should be called ROG Phone 4 but it is of the belief that the number 4 is considered inauspicious in Chinese and Japanese numerology, which is why Asus would like to skip to ROG Phone 5 this year.

Whatever the name be, the next ROG phone will be a significant upgrade over the last one. And even though the specification details are scarce, the images have told enough to hint this phone will be different.

The Asus ROG Phone 5 will ditch the RGB logo of ROG for a matrix display on the back. The logo has been a mainstay for the ROG phone series so far but Asus is taking a different approach this time. The ROG logo is still there but it is sidelined - both literally and figuratively - to the corner and possibly without the RGB lighting thrown under it. At the centre is the new sleek matrix display that will fulfil more purposes than the colourful ROG logo ever did.

Per the rumours, the matrix display on the Asus ROG Phone 5's back will show alerts such as incoming calls, notifications from apps, texts, and graphical animations that will go hand in hand with the game being played on the phone. Consider it as a ticker spot for when the phone is being used for gaming. So when you win a match, there may be celebratory wishes appearing on this screen for the opponent to notch. Although it makes a little sense because the full-fledged screen is there to do that, the secondary matrix display adds a nice touch of nostalgia to the phone. There will be some lighting too under this display. Yes. Some rumours suggest Asus may pack 8GB of RAM inside the ROG Phone 5, which will be completely opposite of what the ROG Phones stand for. In terms of specifications, Asus ROG Phones have sat atop the list of phones meant for heavy-duty work. And this involved 16GB of RAM inside. If the last two-generations of ROG Phone have done anything so far, it is the standards they have set and 16GB comes under those. With ROG Phone 5, Asus is going for half the RAM but that may largely be because it wants the price to go well with some users. A Geekbench listing showed a 16GB model as well, which means there will be a high-end variant for people who want everything maxed out. There could also be a higher memory variant.

Asus ROG Phone 5 is all about top-class specifications and what could that include other than the Qualcomm Snapdragon 888? The high-grade mobile platform that Qualcomm launched last year is by far the best chipset for Android phones. It has shown to bring out the best performance results and that put most other chipsets to shame. And Asus will likely go for this chipset. Although not confirmed, this is the only argument to make sense. MediaTek does not have a chipset in that category and Asus does not have partnerships to use Samsung chipsets. And all previous ROG Phones have used a Snapdragon chipset inside.

The Asus ROG Phone 5 is also rumoured to come with a 6000mAh battery, which is huge considering the type of phone it is going to be. Last year's ROG Phone 3 also has the same 6000mAh battery inside and it lasted for a good deal of hours. Asus is not going to change that.