The leaks around the upcoming Asus ROG Phone 5 are popping at a greater pace. Which suggests that the device may even see an early launch. Keeping that in mind we decided to roundup everything we know so far about the upcoming Asus gaming flagship. Asus is one of the biggest computer manufacturers in the world, the brand makes every other PC component you can think of. The Taiwanese giant has clearly established itself in PC, Laptops and accessories market. Its ROG (Republic of Gamers) series of Laptops and computer components are hugely popular amongst enthusiasts.

In order to replicate the same success in the smartphone gaming industry, Asus launched the first ROG Phone back in October 2018. This device came with top of the line specs then, it featured Qualcomm's Snapdragon 845 SoC, a 90Hz FHD+ AMOLED display and a 4000mAh with support for 30W fast charging. Since then the Asus ROG Phone has seen two more iterations both of which are extremely good gaming devices.

Asus has set the bar really high with its ROG series of gaming devices. Now the brand is gearing up to launch a new ROG device dubbed as Asus ROG phone 5. The device has already been teased multiple times, now the device has been spotted on TENNA revealing some of the specs and images of the upcoming ROG flagship.

That being said we have gathered a decent chunk of information about the upcoming ROG Phone 5. So with any further ado let's dive into this article to find out everything we know so far.

--The Asus ROG phone has seen three iterations in the past with the last device being ROG Phone 3. Ideally, the upcoming device should be named as Asus ROG 4 but rumours suggest that the brand might just skip 4 and launch this new device as ROG Phone 5.

--Like mentioned before, the device has been listed in various certification websites which include NCC, 3C and TENNA. The TENNA listing further reveals the model number, device design and some specs of this device.

--Moreover, a few pictures and videos of the Asus ROG 5 have surfaced online to provide more information about the design of this device.

--As per the media reports and the pictures surfaced online, the device is expected to follow the design language as the Asus ROG Phone 3. The first leaked image of this device on Weibo also showcases a similar back panel. A notable change is the addition of a "05" branding on the rear panel.

--As far as the specs of this gaming device is concerned, the device is expected to ship with Qualcomm's flagship Snapdragon 888 SoC. For starters, the Snapdragon 888 is an octa-core chipset clocked at 2.84GHz and coupled with Adreno 660 GPU. It is built on a 5nm manufacturing process and supports all 5G and WiFi 6/6E bands.

--In terms of optics, the device will get a triple camera setup on the rear of the device as suggested by the leaked image. This should include a 64 megapixel primary sensor and other two sensors the specs of which are currently unknown.

--Apart from this, the device should ship with Android 11 with ROG UI on top. Asus devices mostly ship with a minimal user interface and bloatware allowing for a smooth clutterfree experience. 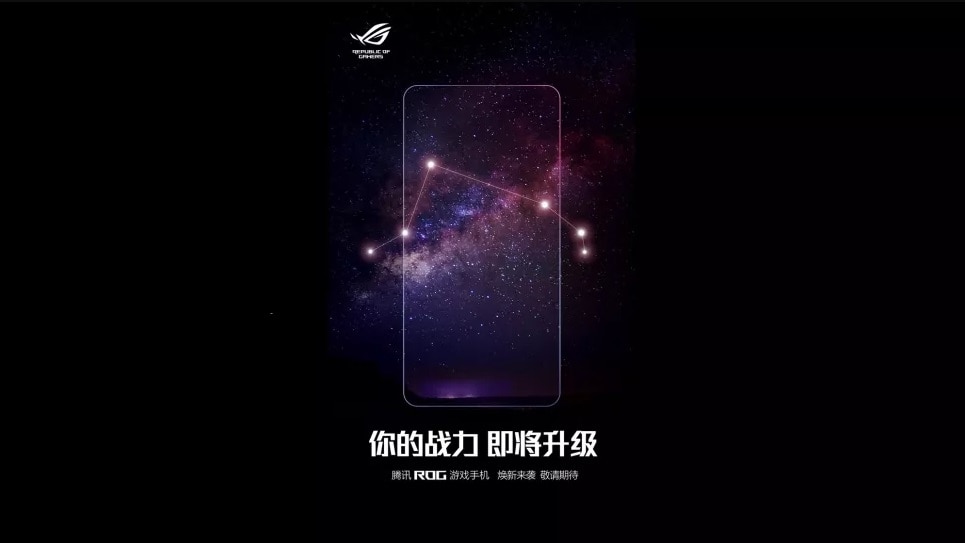 Currently, there's no official confirmation around the launch date of Asus ROG Phone 5. However, looking at the pace of leaks we can expect the device to ship earlier than usual. As of now, we can predict the Asus ROG Phone 5 to launch somewhere in March or April.

Much like the launch date of the Asus ROG Phone 5, there's merely any information around the price of the device. The previous iteration of the Asus ROG Phone is priced at Rs 55000, so we expect the device to ship at a starting price of around Rs 60000. Asus needs to price the upcoming iteration affordably in order to compete with the likes of Samsung Galaxy S21, OnePlus 9 Pro and more.