Asus has confirmed it will launch the ROG Phone 5 in India on March 5 while the sale is likely to take place on Flipkart. 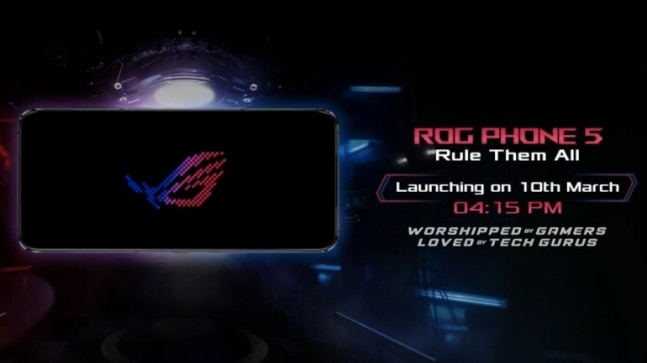 Asus ROG Phone 5 is likely on its way to being one of the first phones with a whopping 18GB of RAM. A new listing on the Geekbench benchmarking platform has cropped up, carrying important details about at least one variant of the upcoming ROG Phone 5. It shows there is going to be 18GB of RAM, which is higher than what ROG Phone 3 came with. The 18GB RAM variant will likely sit next to the 16GB RAM variant, apparently while there will be one more model with 8GB RAM. And if there is going to be an 8GB and a 16GB variant, it is very likely there will be a 12GB RAM variant. Too much confusion, right? Let me explain.

On the Geekbench platform, the Asus phone that is listed bears a model number I005DB. It means this model will have an 18GB RAM version but it is possible this same model may have more variants with different RAM capacity, which is how smartphone variants are. A previous listing of the same Asus model suggested there will be 16GB of RAM. So, now, the Asus I005DB is likely to have a 16GB RAM variant and an 18GB RAM variant. But that is not all. A second model number I005DA was also spotted on Geekbench. Now, this model is a special edition of ROG Phone 5 that will have the Tencent Games branding. This means it will be sold in China majorly. This model was listed with 8GB of RAM. So, it is possible this model also has a higher RAM variant, something around 12GB since ROG Phone 3 has a 12GB version.

The ROG Phone 5 with 18GB of RAM will surely offer more space for heavy games and apps to run freely. Of course, the RAM capacity seems like overkill but Android devices are not shy of hogging RAM. Especially, when the game is designed around high-end gaming, the phone needs to be robust, in terms of both the hardware and the software. The rest of the specifications include the Qualcomm Snapdragon 888 processor that will bring the maximum performance on the phone, making it capable enough to handle some very graphics-intensive and resource-consuming games. Moreover, there is going to be a little makeover to the ROG series this time.

The Asus I005DB model, which will be available globally likely, will have a dot matrix display on the back for various purposes, according to multiple leaked images. This display will displace the ROG logo that now sits on the bottom left corner. The RGB lighting that once was the highlight for the ROG logo may now be used for the secondary display. I, personally, do not like this setup. The phone will get rid of the transparent cooling chamber on the back. The air triggers are likely to be retained while the secondary USB-C port may also be there on the ROG Phone 5. The phone will have Android 11 out of the box with ROG UI.

Asus is launching the ROG Phone 5 on March 10 globally. The phone will also be launched in India the same day and sold on Flipkart.

Vi introduces two new prepaid plans priced at Rs 51 and Rs 301, here is what they offer