Asus has launched the Zenfone 7 and Zenfone 7 Pro in Taiwan and they both have the flip camera module from last year's Zenfone 6. 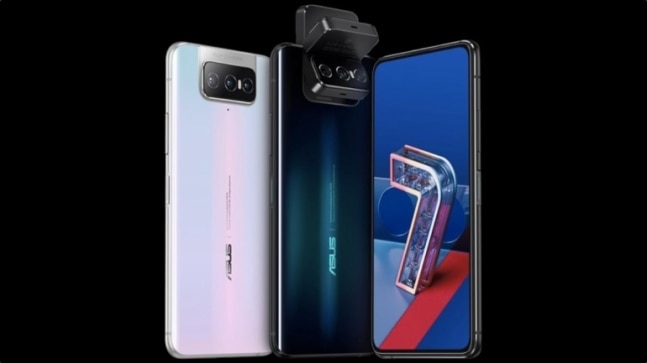 Asus Zenfone 7 series is finally official and brings back the interesting flip cameras on them. There are two smartphones that Asus is launching this time under the series -- the vanilla Zenfone 7 and the Zenfone 7 Pro -- with only a few differences between them. There is top-end hardware on both smartphones, but what has been significantly improved are the cameras. The Zenfone 7 and Zenfone 7 Pro have three cameras now, unlike the two sensors that featured on last year's Zenfone.

Asus has not said anything about the global availability of the Zenfone 7 series but, in case, they launch in India, they will be renamed to Asus 7Z and Asus 7Z Pro.

Both Zenfone 7 and Zenfone 7 Pro have 6.67-inch FHD+ Super AMOLED displays, the refresh rates on which can be cranked up to 90Hz. There are HDR10+ and a screen-to-body ratio of 92 per cent on the displays. The Zenfone 6 too had 1080p displays but Asus is improving Zenfone 7 display by providing 700 nits of brightness, which should be enough for reading text under direct sunlight. The two smartphones run Android 10 based Zen UI 7 that brings a stock Android-like experience on them. Both of them also pack a 5000mAh battery that charges at up 30W speed. But there is no wireless charging yet.

The intriguing part about the Zenfone 7 and Zenfone 7 Pro is their cameras, which are the same on both. The flipping module now packs three sensors - a 64-megapixel wide-angle primary Sony IMX686 sensor, a 12-megapixel ultrawide sensor with 113-degree of the field of view, and an 8-megapixel telephoto sensor that can offer 3X optical zoom. Asus says the flipping mechanism has been improved this time and the durability has also been enhanced. The hardware can survive 200,000 flips, which is twice what Zenfone 6 was promised with. Asus is estimating that the cameras will be flipped about 100 times a day, which means the flipping module will last for about five years, which is a lot considering people tend to change their smartphones in around two to three years.