Asus is launching the Zenfone 7 series today in Taiwan as the successor to the Zenfone 6 series that came out last year. 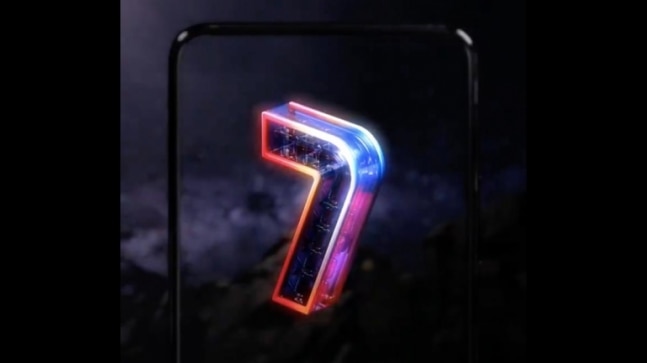 Asus Zenfone 7 series is launching today in Taiwan as the successor to last year's Zenfone 6 line. The launch begins at 11.30 IST on YouTube. Under the Zenfone 7 series, Asus is expected to launch two smartphones - the vanilla Zenfone 7 and a Zenfone 7 Pro. There will be some discernible differences between the two but they will heavily borrow from the Zenfone 6-series smartphones, especially their flip cameras.

The Zenfone 7 could be powered by a Snapdragon 865 processor while the Zenfone 7 Pro could run the top-end Snapdragon 865 Plus processor. Asus used the second processor on the ROG Phone 3, which is a powerhouse and the fastest processor I have used by far for top-end gaming. Zenfone 7 Pro might be able to provide that level of performance with the processor, but do not expect those frills meant for handheld gaming. If these two smartphones are running Snapdragon 865-series, there better be 5G connectivity on them.

Asus Zenfone 7 retail box was leaked recently and it mentioned that there will be a 6.67-inch Full-HD+ display and dual-SIM support. It also said there will be a Snapdragon 865 processor, corroborating previous rumours, along with 8GB of RAM and 128GB of onboard storage. It will run on Android 10 and you can expect a stock-like interface, considering Asus changed its custom skin to look more like the stock one with last year's Zenfone 6. There will also be a fingerprint sensor on the side on Zenfone 7.

Details of Zenfone 7 Pro, however, are limited to just the processor it is supposed to pack. Plus, Zenfone 7 Pro price was leaked, thanks to the renowned tipster Roland Quandt. He said on Twitter that the Zenfone 7 Pro with Snapdragon 865+ will cost EUR 549 (roughly Rs 49,000) for the 8GB RAM and 256GB storage model. There will also be a model with 6GB RAM and 128GB storage for EUR 499 (roughly Rs 40,100).

Asus Zenfone 7 might launch in India, as well, but if it does it will be renamed to Asus 7Z here. It is not clear if there will be an Asus 7Z Pro in India. Both the new models will be a direct competition to the OnePlus 8 and OnePlus 8 Pro. OnePlus put out all the stops with the 8-series smartphones this year but Asus might have a chance against it if it does the pricing right. Moreover, OnePlus smartphones are considered for their software and regular updates. If Asus nails that area too, it will be cherry on top.