Before Asus' scheduled launch for later this month, the yet to debut smartphones have made their way online through renders that provide us with a first look of the devices. 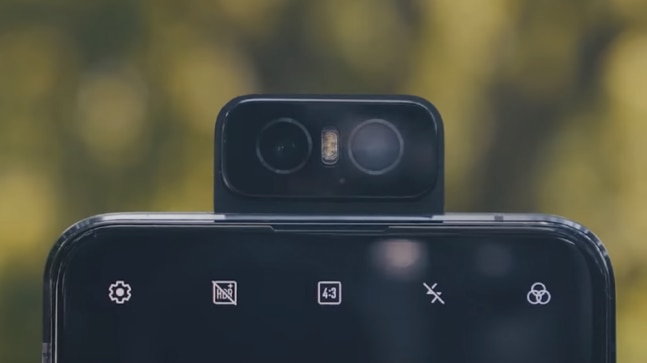 Asus is set to launch two new devices as part of the ZenFone 8 series on May 12th for its global markets. A week before the launch, renders of the devices have made their way online, and it seems that one of them will be retaining Asus's prized flip camera.

The smartphone in focus will reportedly be called ZenFone 8 Flip. In a new leak on the internet, specifications of both the upcoming Asus smartphones have been made public, including some renders that provide us with a pre-launch look.

As per the leaks, the Asus ZenFone 8 will come as a compact model in the series with a basic design. In comparison, the other phone due to be launched will feature a rotating camera module that will rise up 180 degrees from the back to help capture selfies through the main camera.

The leaks have been obtained by 91mobiles through tipster shan Agarwal. Here is a look at the specifications being mentioned in these leaks for the two Asus smartphones. The leaks suggest that the Asus ZenFone 8 will be launched as the mini model in the series and will carry a traditional smartphone look. It will sport a 5.92-inch FHD+ display and will be backed by Qualcomm's best Snapdragon 888 chipset.

Memory options on the phone will include 8GB RAM and 128GB internal storage. For optics, the Zenfone 8 will come with a dual-camera system at the back with a 64MP primary sensor and a 12MP macro lens. It will also support 8K video recording. At the front, it will feature a corner hole-punch selfie shooter.

The ZenFone 8 will be backed by a 4,000mAh battery that will support 30W fast charging. The smartphone will also feature a 3.5mm headphone jack, housed within its 148×68.5x9 mm frame that weighs 170 grams.

The ZenFone 8 will be available in two colour options upon launch, each of which will sport a coloured power button. The highlight of the launch for Asus would be the ZenFone 8 Flip. As can be seen in the renders, the smartphone will come with a motorised camera mechanism that has been seen on previous Asus smartphones as well.

This means that the rear camera module will flip 180 degrees to the top of the device to enable selfie shots for the user. This also means that there will be no front camera on the Zenfone 8 Flip, giving the device a complete edge-to-edge display.

As for the specifications, the Zenfone 8 Flip will sport a 6.67-inch FHD+ AMOLED display with a 90Hz refresh rate. The phone will be powered by Qualcomm Snapdragon 888 chipset coupled to 8GB RAM and 256GB internal storage.

Optics on the Zenfone 8 Flip will include a 64MP main sensor, an 8MP telephoto lens, and a 12MP macro lens within the rear camera module. The only feature known for it now is the support for 8K video recording.

The smartphone will source its energy from a 5,000mAh battery that supports 30W fast charging. The big battery and the massive camera module at the back will make the device heavy at 230 grams of weight. The handset will measure 165×77.3×9.5 mm.

ZenFone 8 Flip will come in two colour options and will feature a Blue coloured power button.