Asus Zenfone 8Z could be the rebranded avatar of Zenfone 8 for India, may take on OnePlus 9

Asus is yet to launch its Zenfone 8 series smartphones in India, but a recent listing of the devices suggests that the vanilla variant might be carrying a different moniker than its global name. 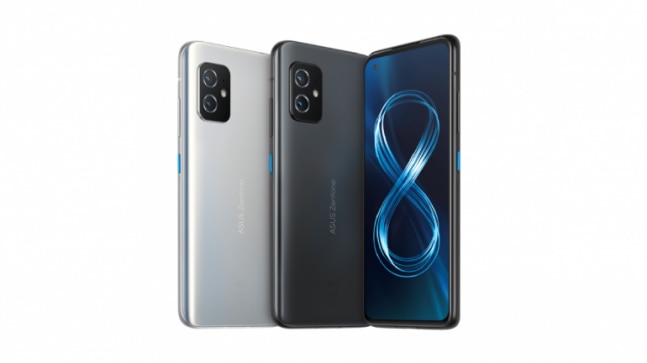 It is expected that Asus will introduce two models in the upcoming launch, namely Asus Zenfone 8 and Zenfone 8 Flip, which have already been showcased at a global launch. It is now being reported that the vanilla Zenfone 8 could be called the Zenfone 8Z in India.

Going by this logic, the Zenfone 8 Flip might also be renamed to Zenfone 8Z Flip. However, this is not the case as per the recent observations made.

As highlighted in a report by GSMArena, the two Asus smartphones have recently been listed by Google as Google Play supported devices. As per the listing, the India variant of the Zenfone 8 carries a model code I006D and has been named the "ASUS 8Z". The Zenfone 8 Flip has not been listed as 8Z Flip, though, hinting at the smartphone retaining its global name in India.

Asus already launched the Zenfone 8 globally at a starting price of EUR 599 or roughly Rs 53,000. If the phone launches in India around this price, we can expect it to take on the OnePlus 9 series available at its price point.

As for the specifications on the Zenfone 8, the smartphone comes with a 5.9-inch Full-HD+ HDR10+ OLED display with a 120Hz refresh rate. It is powered by a Qualcomm Snapdragon 888 processor and carries up to 16GB of RAM and 256GB of internal storage.

There is a 4000mAh battery that supports Quick Charge 4.0 with compatible chargers. In the box, however, you get a 30W power adapter with a USB-C cable. The Asus Zenfone 8 also comes with a 3.5mm headphone jack, among other connectivity options.

For optics, the Zenfone 8 comes with a dual-camera setup at the back with a 64-megapixel main sensor with OIS and a 12-megapixel ultra-wide-angle sensor. There is also a 12-megapixel punch-hole selfie camera in the top left corner of the display. The device is IP68 water and dust resistant.

JioPhone launches new prepaid plans under Rs 100, users to get double benefits with these plans