Krafton, the maker of PUBG Mobile, has said that there will be a pre-registration period for Battlegrounds Mobile India. 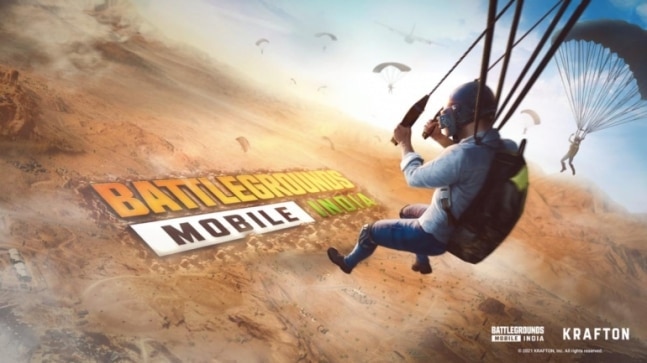 Battlegrounds Mobile India will be the official free-to-play battle royale game from Krafton. The new name for the Indian version of PUBG Mobile has been in the news since earlier this week, but the makers are giving away more details officially. In addition to setting up a new website -- battlegroundsmobileindia.com, Krafton has said that the pre-registration for Battlegrounds Mobile India will begin soon and that this game will be available to play "only in India." Krafton has still not shared a release date, but it seems there is no longer a roadblock to PUBG Mobile's return to India.

Battlegrounds Mobile India will be full of exclusive in-game events such as outfits and features. There will even be esports tournaments and league matches that Krafton has said will take place from time to time. Last year, Krafton announced an investment of $100 million into India's online gaming and esports industry, a portion of which materialised when PUBG Mobile maker invested around Rs 164 crore into Indian company Nodwin Gaming. And there is more to come from Krafton after this announcement. In addition, Krafton will collaborate with partners to build an esports ecosystem while bringing in-game content regularly, starting with a series of India-specific in-game events at launch. These events will be announced later.

While it is good news for India's mobile gamer community, which has been longing for its release ever since the government banned PUBG Mobile last year, it may pose a threat to the likes of Call of Duty Mobile and Garena Free Fire, which spurred in terms of growth after the ban. Krafton's PUBG Mobile is among the most popular games, especially because of the battle royale strategy, in the world. Meanwhile, the announcement begs another question and that is related to the permission from the government. Krafton has not said anything about receiving the approval but it has been mentioning its efforts towards ensuring that.

Battlegrounds Mobile India is targeting the pain points that PUBG Mobile had last year, including the display of violence and doubts over user privacy. For the first one, Krafton confirmed changes to the PUBG Mobile, such as the green-hit effect instead of blood spill. But, for the latter, Krafton is emphasising its stance on privacy and data security. "With privacy and data security being a top priority, Krafton will be working with partners, to ensure data protection and security, at each stage. This will ensure privacy rights are respected, and all data collection and storage will be in full compliance with all applicable laws and regulations in India and for players here," Krafton said.

So, Battlegrounds Mobile India is happening. When? That is something we are all looking forward to.