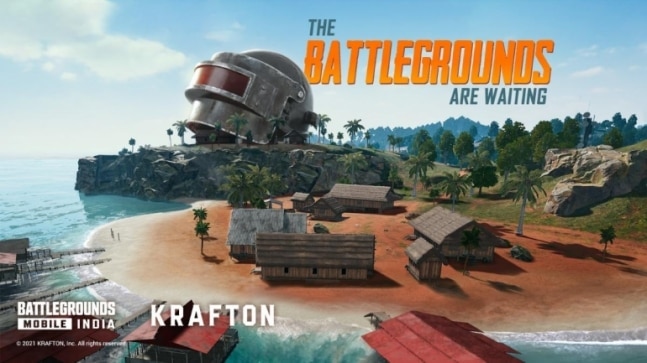 Arunachal Pradesh MLA Ninong Ering has sought a ban on the upcoming Battlegrounds Mobile India game. He made this request in a letter addressed to Prime Minister Narendra Modi. Ering called the game just a rebranding of earlier PUBG Mobile and claimed it had not changed much. Claiming it to be still a security concern, he asks the PM and government of India to ban it.

The MLA in his letter allegedly said that (Battlegrounds Mobile India), "is a mere illusion and a trick to relaunch the same game with minor modifications and collect user data of millions of our citizens, including our children and transfer it to foreign companies and the Chinese government." He further alleged that Krafton and Tencent are trying to sidestep Indian laws by launching a renamed version of the same game. "Krafton has very close ties with Tencent and is now also an investor in Nodwin, which works very closely with Tencent". The MLA also alleged that the URL of the new game on Google Play had PUBG Mobile, which hints that this is a relaunch.

According to IGN, which first spotted the letter on Twitter, Ering points to the fact that the United States Committee on Foreign Investment (CFIUS) has asked companies in the US which have ties with Tencent about their security protocols and handling of data. He explains that "CFIUS is currently discussing the potential disinvestment of Tencent from American gaming companies."

Indian National Congress politician and Rajya Sabha member from West Bengal, Abhishek Singhvi, has also called for the same. He wrote on Twitter, "Instead of fighting the pandemic, the government is allowing PUBG 2divert youth's attention. Govt 1st banned it &then allowed indirect entry to a company with a 15.5% Chinese stake. I haven't seen a bigger fan of Chinese tech than parts of this government." 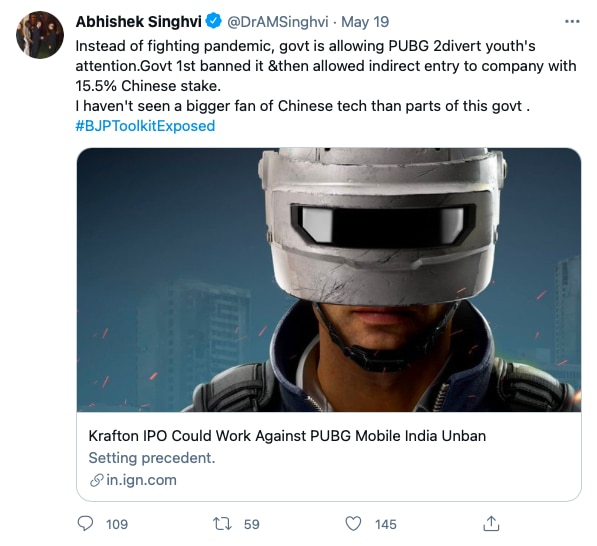 While the backlash has already started, Krafton, on the other hand, opened pre-registration for the Battlegrounds Mobile India on May 18th and could release it soon.

It is important to note here that Tencent or any other company does not need Indian government approval before launching any app or game in India. The Ministry of Home Affairs (MHA) and the Ministry of Electronics and IT do not approve apps before release, instead, they would ban apps if they do not comply with local rules and regulations.