Krafton may soon release Battlegrounds Mobile on the Google Play Store in India. 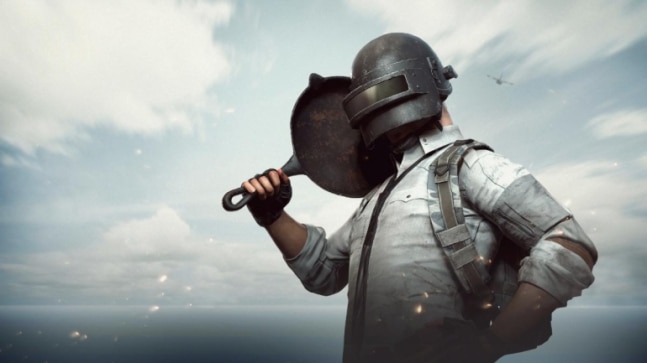 Battlegrounds Mobile, the Indian version of PUBG Mobile, is now up for pre-registration on the Indian Google Play Store. It is big news for India's gamer community, which felt a big setback last year when the ban came into effect. Although a large fraction of these gaming enthusiasts managed to circumvent the ban, an official entity in the form of Battlegrounds Mobile will encourage the rest of them. But this Indian version brings a horde of censored content and restrictions to the game, just so there will be no potential roadblocks in the way of the world's most popular battle royale game to India.

Even though last year PUBG Mobile was put on the list of banned entities in India, it was good news for several other mobile titles, such as Call of Duty Mobile and Garena Free Fire. Of course, these games managed to fill the void left by PUBG Mobile, but there was still a big crowd that anticipated the return of PUBG Mobile. Krafton's announcement last year on PUBG Mobile India was a major milestone, and it was equally worthy of celebration -- unless Krafton gave the fine print. The fine print included several crucial changes to the gameplay, privacy policy, and other aspects. Before I tell you about those changes, here is a quick rundown on how you can pre-register for Battlegrounds Mobile India.

First, you need to have an Android device -- a smartphone or a tablet. Note that those with an iPhone or an iPad cannot yet make the pre-registration. So, Android folks, you need to go to Google Play Store and search for Battlegrounds Mobile India. You can even try searching for "Krafton". Now, just go to the listing and tap on the "Pre-register" button in green colour. As soon as you pre-register, at least four new rewards will be added to your account. And to redeem these rewards, you will have to use the same Google account on Battlegrounds Mobile India as and when it becomes available for download. There are many things that will be different. To begin with, we have a new identity that tries to separate the game from the shadows of PUBG Mobile, largely because Krafton wants to avoid a situation like last year's. Not just the name, the company may also change the entire terminology for in-game elements. It is possible that the UCs of PUBG Mobile will be called something else. The design of these elements, however, may be more or less the same. The idea is to prevent players from making references to PUBG Mobile when playing Battlegrounds Mobile India. And this is something that Krafton is especially cautious about, mostly because of the YouTube content creators who may fall victim to an inadvertent slip-up.

Moving from the identity makeover, Krafton has censored the Indian version. Instead of the blood spill in the game, you will see the green-hit effect. This effect is also what the Chinese version of PUBG Mobile, called Game for Peace, also features. This seems a voluntary action that Krafton has taken to avoid any mishaps with the game. It is, kind of, also in line with the advisory for games that people under 18 also play.

Talking about minors, Krafton has paid full attention to how Battlegrounds Mobile India will be suitable for them. There are certain restrictions in the game that will be appreciated by parents and critics, solely because they will work as a check on extended usage by minors.

First of all, people under 18 will need their parents' permission to play Battlegrounds Mobile India. The verification process would involve a one-time password, which would allow players to proceed with the next steps. Although the entire verification process is not clear at this point, there are doubts about how effective it would be. A lot of minors own personal mobile phones. They could just enter their mobile number, receive an OTP, and sign up for the game. And even if they do not have a mobile phone, gaining access to either parent's mobile phone for OTP is not a big deal.

Let us just say, parents are all in for their child's wishes to play the new Battlegrounds Mobile. But, even then, Krafton will keep a check. Minors cannot play the game beyond three hours a day. And this may be the feature that parents will appreciate the most. During its run, PUBG Mobile often found itself in the middle of biting criticism for making children addicted to the game, often leading up to extended usage, which, in turn, may cause health-related issues. A cap on playtime should address this issue.

Another cause for worry is the reckless spending that children make on such games if a parent's credit or debit card is linked to their Google Play account. Krafton is also addressing this issue, kind of. It will allow in-app purchases of no more than Rs 7,000. Details on this, however, should be clear in the coming days or when Krafton finally releases Battlegrounds Mobile India on the Play Store.