Krafton has officially revealed Battlegrounds Mobile India, the much-awaited rebranding of PUBG Mobile India awaited by players in the country. We take a look at what is different and what remains the same in this rebranding. 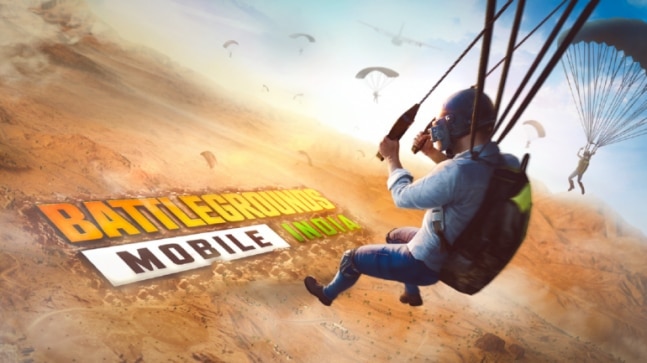 The much-awaited moment for mobile gamers in India is finally here. After months of speculation and a full year's ban from the country, the renowned battle royale action game PUBG Mobile is officially making a comeback. However, it won't be the same as before, as this time it will sport the name Battlegrounds Mobile India.

Yes, this was hinted at before, but the latest development comes straight from the game's developer, confirming the launch of the game soon. In a recent post on the now official website of Battlegrounds Mobile India, Krafton shared an update notifying readers of the game's comeback soon.

As per the post, the beloved battle royale game would come with a different name this time, and Krafton says that this will be an India-exclusive version. The company has rather smartly designed the new logo, giving it an India theme using the colours of the Indian flag for the words.

Since the game now has a new name, the company changed its presence on online platforms accordingly. Its Facebook and YouTube channels have now been renamed to Battlegrounds Mobile India from their earlier PUBG Mobile India handles.

Interestingly, the rebranding makes no use of the name PUBG Mobile anymore. It can't, after all, if the company wants to keep on the act that it is not the same game that was banned before. But as everyone knows, there will be little to differentiate the two (apparently different) games.

So the reveal of the "new" game has been announced under a whole new title and banner. Interestingly, there is also a short trailer that Battlegrounds Mobile India came up with, in addition to the game's reveal announcement. The trailer does not reveal much, but it will make PUBG Mobile players reminisce their much-loved game.

That is because it shows the players jumping off a plane and into the battle arena. The parachutes are the same, and the character outfits are the same, and so is the background score on the video. It is the music that PUBG Mobile players will fondly recollect listening to while waiting for the game to load.

As for the official release, the company says that Battlegrounds Mobile India will release with "exclusive in-game events like outfits and features." One can easily expect most of these events and outfits to be the ones they have already seen in PUBG Mobile. The gameplay is anticipated to be the same too.

Minor tweaks might be experienced here and there. For instance, the government of India pointed out PUBG Mobile for being violent in nature at the time of its banning, with a tendency to create a complex in the minds of children. It is expected that Krafton will have eliminated those concerns by reworking the gunshot effects and hit wounds. Some basic changes might also be seen in the menus for a rebranding purpose.

Now that we know what to expect with the new game by Krafton, the question is, when will it be available for play?

On its website, Battlegrounds Mobile India says that the game will see a period of pre-registration before the launch. This means that mobile users will be allowed to pre-register for the game before it is officially available on Android and iOS app stores.

It is expected that the game will mark its debut in a closed beta group first, for which pre-registration will be required. Once the bugs are ironed out, a fully developed version of the game will be rolled out to the rest of the users.

The game will be available to play only in India. Interestingly enough, Krafton has even started planning of building an esports ecosystem around the game. For this, the company is in touch with several partners.

Even before the launch, it confirms that Battlegrounds Mobile India will have "a series of India specific in-game events" as soon as it is available for download. Details on these events will be shared in the near future.

The battle royale game will be free for all smartphone users to download. However, we should expect in-game purchases for several in-game resources and benefits.