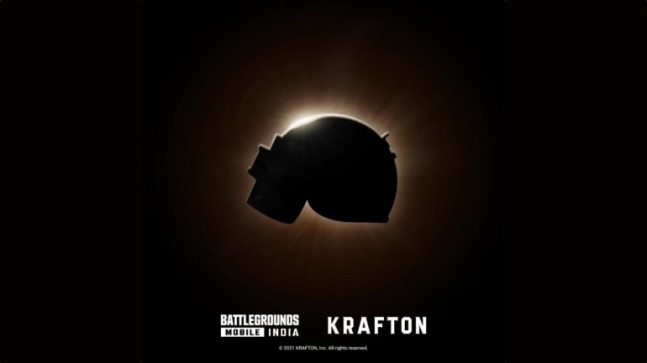 Battlegrounds Mobile India is all the rage right now. It is the reincarnation of PUBG Mobile that the Indian government banned last year due to security issues. Krafton, the company that owns PUBG IP rights, said that the battle royale game -- which is a renamed version of the PUBG Mobile India game -- will arrive in India soon, but there is not a particular date to put the finger on. There are rumours around that the launch may take place in June. And now, there is a crazy fan theory narrowing down the timeframe. According to the theory, the Battlegrounds Mobile India release date is June 10.

Similar to how other fan theories work, the one for Battlegrounds Mobile India takes cues from a recent poster that the upcoming game's Facebook page posted. So, if you look at the poster, you will see the level three helmet with a halo around it. PUBG Mobile fans believe it is the sun that the helmet is "hiding", symbolising the solar eclipse. And since the next solar eclipse is likely to fall on June 10, chances are Battlegrounds Mobile India will arrive the same day. I know it is a bizarre theory, but it is convincing enough given how fans have deduced the poster. And since some YouTube gamers have already claimed that the PUBG Mobile India game release date will be in June, it is likely the theory may turn out to be true. Just to counter this single theory, there is a faction that says it could also be the lunar eclipse that the poster is trying to hint at. And since the next lunar eclipse -- which is going to be the total "blue moon" eclipse -- is on May 26, these fans are hoping for Battlegrounds Mobile India to arrive on May 26. Rumours, however, have said that Krafton will release the first trailer sometime during the rest of the month of May. Indian YouTuber Ocean Sharma told Sportskeeda that Krafton had planned two events for May. The first was the announcement about Battlegrounds Mobile India and the second one will be the trailer release. The actual release of the game may happen next month.

Krafton announced that it will open pre-registration for Battlegrounds Mobile India before the wider release. At this point, there is no official communication from the company, but given the wait that PUBG Mobile lovers in India had to endure, the launch may take place quite soon.

Battlegrounds Mobile India will be free-to-play with the battle royale experience, much like PUBG Mobile. And while most of the elements in the game are going to be identical to the regular version, there are some changes that you will see. The first one is that there will be fully-clothed avatars in the game. The second being the replacement of blood spill with the green-hit effect to reduce visual gore. And the third one refers to the limits on playtimes. The privacy policy for the game also suggests that people who are under 18 will need their parents' consent to be able to play the game and that they will have a restriction of three hours a day and a Rs 7,000 cap for in-app purchases.

Oxygen concentrator buying guide: How it works, reliable brands, prices and things to keep in mind