Looking to buy a new phone this festive season? Well, if your budget is around Rs 25,000 or less, here are the top phones that you should check out. 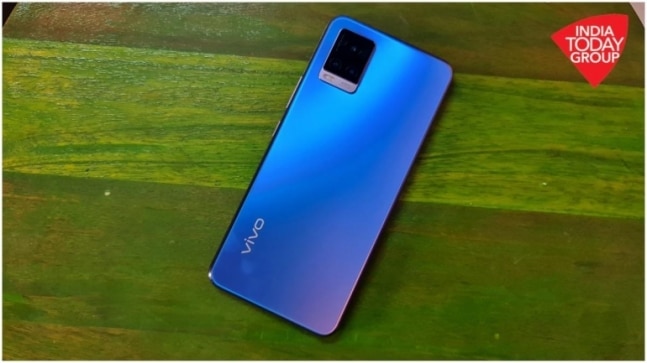 The festive season is here and ahead of this Diwali, there are a number of sales and offers available on a wide range of gadgets. In other words, it is a good time to shop for a smartphone. In particular, the under Rs 25,000 price bracket is buzzing right now.

But buzz also means some confusion. There are a number of great options available in this price bracket, and it can be difficult to make the right choice. There are also some impressive new launches that have taken place. So, ahead of this Diwali, if you are looking to buy a phone for Rs 25,000 or less, let us lend you a helping hand.

In this piece, we tell you about the phones under Rs 25,000 that are shining bright this Diwali.

The recently launched vivo V20, from one of the biggest phone companies in India, is an absolute winner if you are looking to buy a phone under Rs 25,000. The phone ticks almost all the right boxes and comes with a great set of cameras.

At Rs 24,999, this successor of the V19 brings a number of upgrades over its predecessor, both in terms of design and hardware. These upgrades make it a well-rounded offering, and one that can rival any device in this price segment. In particular, there are two key aspects that make the V20 so good. One is the design, and second is the camera performance.

The V20 is a compact and slim device, and has an attractive iridescent finish that makes it look sophisticated and premium. It is one of the slimmest phones not only in its price range, but almost compared to ultra-premium phones. The size and slim design means you can use it with one hand most of the time, something that is a rarity nowadays as phones have become bigger and bigger. The phone features a 6.44-inch AMOLED FHD+ display which supports HDR 10. We found during our review that it is a great screen for watching movies.

Then there are the cameras, which are best-in-class. On the front, the V20 has a 44-megapixel camera, which is one of the best we have seen in a phone. It comes with vivo's Eye Autofocus technology, similar to the eye tracking tech used in DSLR cameras, that helps in clearing sharper selfies. One the back, the V20 has three cameras centered around the main 64-megapixel sensor. It clicks impressive shots, particularly in terms of details and colours, in a variety of lighting conditions. Check the image samples to see how much detail the photos have and the richness of colours.

Now, the V20 is a phone with a price closer to Rs 25,000, but if you want similar features without spending that much, the vivo V20 SE is a great option with a price of Rs 20,990. This is a phone that blends everything good about the vivo V20 in a package that's more affordable. Obviously, there are some differences compared to the V20 here. That iridescent finish is gone, replaced by a glossy back panel. The camera module too has a different design.

But overall, V20 SE still makes a compelling case for itself with its blend of fast hardware, an extremely fast 33W charger and a set of cameras that are best in class. At 7.83mm thick and 171 grams in weight, the V20 SE is both lightweight and slim. For the price, which is Rs 20,990, the phone packs impressive hardware. It comes with an 8GB RAM and 128GB storage. The Snapdragon chipset inside the phone can handle pretty much anything you throw at it. Multitasking is a breeze on the phone and all sorts of apps run smoothly.

For selfies, the V20 SE has a 32-megapixel camera, with support for HDR+ Morpho algorithm which brightens dark spots and reduces overexposure to improve the quality of selfies. On the back, the phone gets three rear cameras. The main camera uses a 48-megapixel sensor and an F1.8 lens. This camera, just like the camera in the V20, captures detailed photos with great colours and texture.

The Poco X3 is an impressive smartphone on a budget that you can get your hands on right now. Its price starts around Rs. 15,000 and comes with features like 120Hz display and Snapdragon 732G SoC. One of the most interesting features of the Poco X3 is its display, which makes using it a smoother affair due to the fast refresh rate of 120 Hz. It is also quite expansive at 6.67 inches.

Under the hood, it brings the latest Snapdragon 732G chipset which brings good performance gains over last year's Snapdragon 730G. The Poco X3 has a big battery. As opposed to the international variant which gets a 5160mAh pack, the Poco X3 in India gets a 6000mAh cell which can be charged using a 33W fast charger supplied in the box.

Starting at a price of Rs. 19,999, the Realme 7 Pro is another good choice. The phone is particularly noteworthy for its 65W fast charging, which till now had remained exclusive to premium range smartphones. The 65W charging tops up the phone's battery to the brim in about 35 minutes, which is quite impressive.

The Realme 7 Pro offers an AMOLED display with good colour accuracy and deep blacks, though it lacks support for fast refresh rates. There's also a capable camera set-up on the device with the main camera using a 64-megapixel sensor, accompanied by an 8-megapixel ultrawide sensor, a 2-megapixel macro sensor, and a 2-megapixel monochrome sensor. For selfies, there is a 32-megapixel camera on the Realme 7 Pro.

There is a sort of sibling rivalry going on between the Poco X3 and the Redmi Note 9 Pro Max given that both of them are from the same parent company. Now, you can't go wrong with either. The Redmi Note 9 Pro Max starts retail at Rs. 16,999, while the upper-end model goes up to Rs. 19,999. The device's success has been based on the phone housing some really impressive specifications in a shell that looks great.

The phone uses Redmi's Aura Balance design. There's a 6.67-inch display on the front. The Pro Max variant gets a Qualcomm Snapdragon 720G processor, paired with up to 8GB of RAM and up to 128GB of storage. The Redmi Note 9 Pro Max comes with a 64-megapixel primary camera, 8-megapixel ultra-wide camera, a 5-megapixel macro camera and a 2-megapixel depth sensor. For selfies, there's a 32-megapixel camera on the Redmi Pro Max. Staying true to the Note series DNA, the Note 9 Pro Max also gets a big 5020mAh battery.

OnePlus used to make the "flagship killers" that would sell at a higher price point. But this year, the company has also dipped its toes in the more mainstream segment with a very fine phone the OnePlus Nord. This phone comes in three variants, with the 6GB variant selling under Rs 25,000. Inside, there is the Snapdragon 765G processor, 128GB storage and all the goodness of OnePlus software. The OnePlus Nord is an extremely fast phone with a quality screen, clean software, a fast-charging solution that is one of the best, and a sleek design. On the back, it has a camera system built around the 48-megapixel main image sensor. The camera performance, though, compared to a phone like the V20, could have been better in low light and in terms of detail.

This is one of those devices that you may be surprised to find on this list because it is too old. But it is there on merit. Even a year after its launch, the Redmi K20 Pro is a fine phone that you cannot go wrong with if you are looking for a phone under Rs. 25,000.

The phone offers good hardware, including a 6.39-inch display. The highlight of the Redmi K20 Pro is its core hardware, as the phone comes with an octa-core Qualcomm Snapdragon 855 processor. The phone also has a decent camera set-up with a primary 48-megapixel sensor sitting next to a 13-megapixel secondary snapper, and a third 8-megapixel shooter. There is a 20-megapixel selfie camera in a motorised pop-up camera on the front.