Bill Gates is trending on social media sites with many conspiracy theorists, and those who believe in fake ideas like the earth is flat, claiming that the Microsoft co-founder is behind the creation of coronavirus. 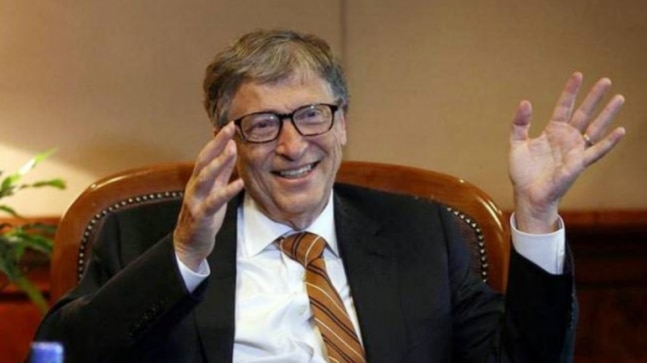 Uncertainty often gives rise to outlandish claims and theories. Mix that with social media and you have a perfect recipe for preposterous viral claims. As the world battles coronavirus and COVID-19 pandemic, thousands of social media users, conspiracy theorists yes, the sort of people who believe the earth is flat and that moon landings never happened are proposing that Microsoft co-founder Bill Gates, who also happens to be the world's second-richest person, is behind the creation of coronavirus and COVID-19 pandemic.

Why did Bill Gates help in the creation of coronavirus? There are several claims, each more preposterous than the other. And it would have been better to ignore all of them if they were not trending on social media in a big way, and if public commentators were not endorsing them.

What is the conspiracy theory involving Bill Gates?

The conspiracy theorists have claimed that Bill Gates has developed a vaccine that would control and even depopulate the world through a microchip. In 2018, a report by Mysterious Times misquoted Gates and said that he had outlined a plan to depopulate the planet. "Make no mistake, when Gates talks about 'making people healthier,' what he is really talking about is enforcing the mandatory rollout of his range of experimental vaccinations. The same vaccines that have already caused mass sterilization and death on multiple continents," the website claimed.

In 2015, Gates had also warned the world of a pandemic in a TED talk. He had said that a pandemic would take place in the next decade and the pandemic could kill over 30 million people in the six months similar to the 1918 pandemic that killed over 50 million people. "The world needs to prepare for pandemics in the same serious way it prepares for war," he had said.

While Gates talking about a pandemic in his TED talk is real for someone who is involved in public health projects it is fairly natural and basic to talk of devastating pandemics, all that talk about the vaccine with micro-chips is bunkum.

Unfortunately, people are linking the talk Gates gave, which is not even a brilliant insight because it is a fairly common knowledge that pandemics from unknown pathogens are the biggest challenges mankind faces, to coronavirus.

Of late this linking has led to multiple posts on Facebook claiming that Gates-funded a research institute and helped in creating the novel coronavirus. A Humans Are Free article claimed that Gates partnered with research institutes to create a "weaponized viral strain designed to sell more useless, deadly vaccines, while at the same time killing off a few thousand, or perhaps a few million, people."

Apart from the crowd that believes that the world is run by shape-shifting lizards, the theories claiming Bill Gates created coronavirus so he can be some sort of mind-controlling mad billionaire, are getting an endorsement from some public commentators. Emerald Robinson, a White House correspondent, posted a series of tweets accusing Gates. She wrote, "The more you study this virus, the more you find the same name: Bill Gates. He's the 2nd largest funder of WHO. He's building 7 vaccine labs. Fauci. Tedros. Event 201. ID2020. He basically controls global health policy. What's the plan? Using vaccines to track people."

The theories that Bill Gates is connected to coronavirus, and that he wants to benefit from the pandemic by pushing some vaccines that will track users, have spread through videos on YouTube, Facebook, Twitter and through sites like InfoWars.

Gates, meanwhile, has called the claims crazy. In an interview on an interview with a China-based news channel CCTV, he said: "I'd say it's ironic if you take somebody who's doing their best to get the world ready. We are in a crazy situation so there's going to be crazy rumors."

Other conspiracy theories about the COVID-19

The other conspiracy theory that is doing the rounds on the internet is the 5G conspiracy theory. As per claims, which too have been repeated by many people who are expected to know better, the newly-installed 5G networks are helping the virus spread. It has been speculated that the 5G towers are emitting radiation that is letting the virus propagate easily and affect more and more people. Some people have taken the claims so seriously that they have vandalized 5G towers in the UK, breaking them and setting them on fire.

This claim too is fake and bogus. There is no link between 5G technology and novel coronavirus. The virus is contagious and spreads from one human to another. 5G technology has absolutely no role to play here.