Bill Gates and his estranged wife Melinda Gates have accumulated more than 269,000 acres of farmland across 18 American states. 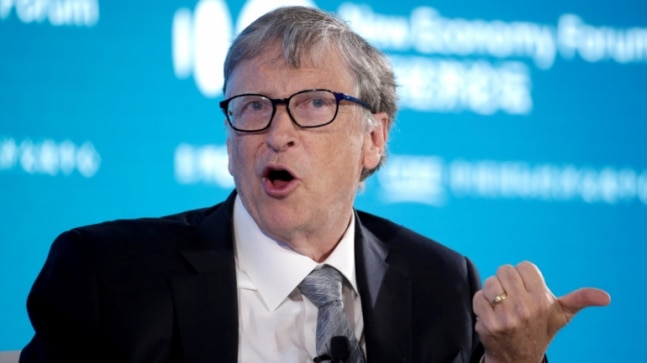 We all know Bill Gates as the co-founder and CEO of Microsoft Corporation but did you know Gates takes a keen interest in agriculture. This might not sound very believable, but Gates is one of America's biggest farmers. Bill Gates and his estranged wife Melinda Gates have accumulated more than 269,000 acres of farmland across 18 American states.

As per the Land report and NBC report, Gates has farmlands in Louisiana, Nebraska, Georgia and other areas. The report states that Gates has 70,000 acres of land in North Louisiana where they grow soybeans, corn, cotton and rice and 20,000 acres in Nebraska, there as well as the farmers grow soybeans. Additionally, they have 6000 acres in Georgia, 14,000 acres of farmland in Washington where the farmers majorly grow potatoes.

Once Gates was asked about his farmlands on Reddit. To which he replied, "My investment group chose to do this. It is not connected to climate. The agriculture sector is important. With more productive seeds we can avoid deforestation and help Africa deal with the climate difficulty they already face. It is unclear how cheap biofuels can be but if they are cheap it can solve the aviation and truck emissions,"

Bill and Melinda have invested heavily in farmland but the reason behind that is not clear. Some reports had claimed that it could be connected to climate change. The couple had launched a new nonprofit group to help small scale farmers in countries like India with the tools and innovations they would require to deal with the effects of climate change.

On the personal front, Bill Gates and his wife Melinda became the talk of the town after their much-publicised separation. They were married for 27 years. Announcing their separation, the couple wrote on social media, "After a great deal of thought and a lot of work on our relationship, we have made the decision to end our marriage. Over the last 27 years, we have raised three incredible children and built a foundation that works all over the world to enable all people to lead healthy, productive lives. We continue to share a belief in that mission and will continue our work together at the foundation, but we no longer believe we can grow together as a couple in this next phase of our lives. We ask for space and privacy for our family as we begin to navigate this new life."

Exclusive: Elon Musk has a responsibility and should not tweet to manipulate crypto market, says CoinDCX CEO