Bought a new Android phone? Here is how to optimise it for best gaming experience

A lot of Android phones today come with several software optimisations that you need to know about to get the best gaming experience. 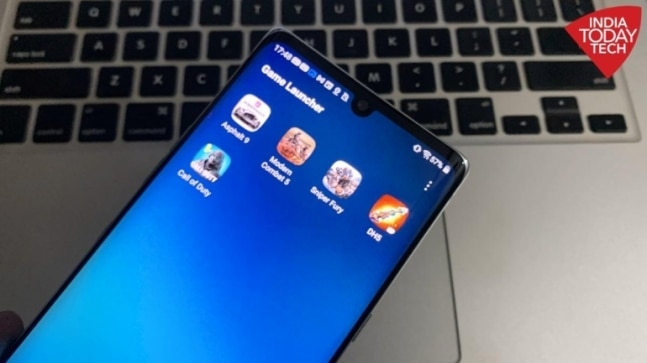 Mobile gaming is nothing like how it was two years back. A lot of new games are around the corner, such as PUBG Mobile India and FAU-G among others. Games such as Garena Free Fire, Call of Duty Mobile, and Asphalt are already available to play on your phone. If you like invest your time into gaming, you must have purchased a phone specifically for gaming, meaning that your phone has a dedicated space to allow for best gaming, such as the latest and efficient processor. But the processor itself is not the only responsible factor for a smooth gaming experience. You have to factor in other aspects, too, including better system efficiency, optimal charging levels, better background app management, and much more. All of this relies on how your smartphone brand has optimised the software on your phone.

The best thing about Android is that it can be customised to a great extent, leaving a lot of opportunities for smartphone brands to experiment with different features. The features facilitate some specific tasks, such as gaming, and work in tandem with the software and hardware to get you the best experience. For example, Xiaomi has MIUI skin, Samsung ships the One UI skin, Oppo has the ColorOS, and Vivo now has the Origin OS among others. Basically, all manufacturers have their own flavour of Android that they ship on their phones. But how do make the best of that Android skin to get the best gaming experience?

All major smartphone brands, such as OnePlus, Xiaomi, Oppo, Samsung, and Vivo offer dedicated gaming modes on their smartphones. OnePlus offers Game Space on Oxygen OS, Vivo offers Ultra Game Mode in Fun Touch OS (while a similar feature is there in Origin OS), Samsung has Game Launcher on its software, MIUI by Xiaomi has Game Turbo, while ColorOS by Oppo has Hyper Boost for gaming. These modes are set to become active automatically when you start gaming but sometimes you need to manually open them to optimise your smartphone for the best gaming experience.

Apart from the dedicated gaming modes for improving performance, smartphone brands also offer control of calls and notifications. This is helpful during gaming as your ongoing game session does not get interrupted by incoming calls or notifications from various apps. On a few smartphones, you can choose to have the incoming calls appear as a small pop-up notification that does not disturb your game while allowing you the option to receive the call in the background. You can even allow the software to block calls on your behalf when you are playing, which sounds a like a rude thing for your callers but if you want no distraction, then maybe this is the way.

A few smartphone brands also understand how important is a smooth network connection for multiplayer gaming. To ensure the user enjoys smooth gaming, there is a network optimisation feature offered on the smartphone. OnePlus calls it Network enhancements, while Oppo's ColorOS comes with network acceleration for stable network connectivity and speed. Enabling this setting will make sure your data connection is immediately switched between cellular and Wi-Fi in case either becomes problematic for the game.

Some custom skins also offer touch response optimisations to help users get an advantage with faster touch recognition while gaming. For example, Asus's ROG UI comes with an option to control the touch response rate. These optimisations ensure that your gameplay is immediately responsive to screen touches for when you are lurking behind a bunker to shoot your enemy in Call of Duty Mobile.

The optimisations that these mobile OS skins bring keep one thing constant throughout despite some notable differences in their sets of features, the battery consumption. The battery is important for the smartphone to run efficiently but when you are playing heavy games with high graphics, the battery life is impacted severely. With software optimisations, the smartphone companies make sure the battery consumption can be as minimum as possible when gaming. For example, Oppo's ColorOS has a battery management mode, OnePlus too lets you control power settings and more.

The bottom line is that your phone will perform even better if you make such optimisations by enabling gaming modes on your Android phone. If you use a phone that runs stock Android, such as Google Pixel or any Nokia phone, then you will not be able to use these modes. But you do not need to worry because this mode helps optimise the gaming experience.