BSNL has partnered with YuppTV to give streaming benefits to broadband users for Rs 129 a month. The add-on plans known as Cinema Plus plans offer four OTT subscriptions- YuppTV, ZEE5, SonyLIV, and Voot. 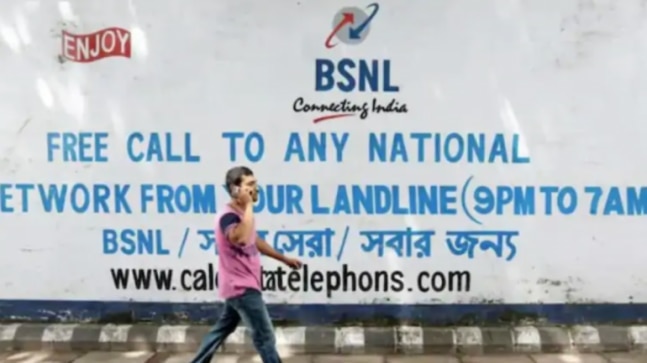 Government-owned telco Bharat Sanchar Nigam Limited (BSNL) has stepped up its game to give streaming services to its broadband users, especially after private telcos like Airtel and Vi partnered with Amazon and Voot Select to give users streaming services from their OTT partners. BSNL has partnered with Yupp TV to offer add-on streaming benefits to broadband users for Rs 129 a month, for the first three months of subscription. After three months, the plan will cost Rs 199 per month.

The telco had mentioned the add-on plans last month and has now officially announced its name. As of now, there is only one plan -- Cinema Plus in the bracket. The Yupp TV streaming subscription gives access to OTT services like VOOT Select, SonyLIV Special, Zee5 Premium All-access pack, YuppTV Live, FDFS (First Day First Show), and YuppTV Movies. Only BSNL broadband customers are eligible to access these plans. In December 2020, BSNL also brought about improvements to its regular broadband plans like increasing the post FUP speed limits, and now it has announced faster speeds for these plans.

BSNL Premium Fibre Rs 999 broadband plan: BSNL Fibre Premium broadband plan offers 200 Mbps speed for Rs 999 till 3300GB or 3.3 TB after which the speed is reduced to 2Mbps.
This plan comes with a free premium membership to Disney+ Hotstar.

BSNL Ultra Fibre Rs 1499 broadband plan: This plan by BSNL offers up to 300 Mbps speed till 4TB or 4000GB is reached. After the FUP limit, the speed is reduced to 4 Mbps. This plan, too, gives unlimited calling benefits to any network within the country. This plan also comes with a free premium membership to DIsney+ Hotstar. These plans will be offered by BSNL in select circles with competition for a promotional period of 90 days.

Coming to the recently added streaming benefits from private telcos, Airtel has partnered with Amazon to give Prime Video Mobile edition plans that start at Rs 89 and are exclusive for Airtel mobile customers. Vi has partnered with Voot Select and will give access to Voot content to customers through Voot Movies and TV at no additional cost.

OnePlus Nord N1 5G tipped, to be the successor of Nord N10 5G