Call of Duty Warzone may be Battlegrounds Mobile rival in the making, here is why

Activision may be planning to bring another Call of Duty game to smartphones and it may be the right move. 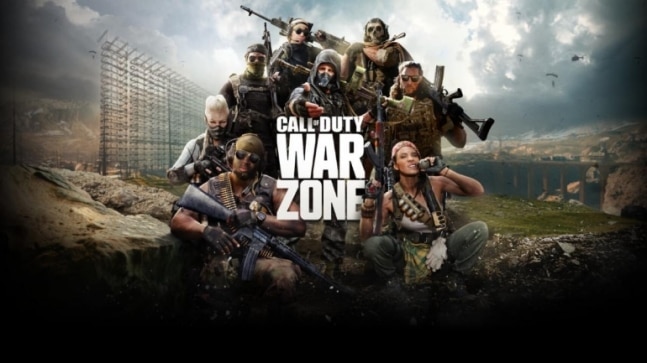 Battlegrounds Mobile is yet to arrive in India but the mobile gaming market in India seems to be already heating up because of that. Activision may now be planning to bring Call of Duty Warzone to smartphones after its smash mobile title Call of Duty Mobile. The developer has posted a job advertisement on LinkedIn inviting applications from candidates who will focus on "content expansion across Call of Duty." The Call of Duty Warzone is among the leading games with battle royale strategy for gaming consoles, such as Xbox Series X and PlayStation 5, and Windows. Its smartphone version is likely to take on PUBG Mobile's upcoming Indian version, as well as PUBG: New State.

The LinkedIn post does not directly mention Activision's plans for the Call of Duty Warzone, but one of the hashtags from the post gives it away. "Our dev teams are dedicated to mobile and comprised of all major disciplines. We're hire globally, and in addition to Art and Production we've opened new roles for Engineering (Graphics & C++) and Designers (Game/System)," reads the job advertisement. There is a link to the job vacancy directory that currently has over 91 job profiles, including those for graphics engineer and build engineer for mobile.

If Activision is actually planning to introduce Warzone to smartphones, it is likely the two Call of Duty versions will coexist. Since the Call of Duty Mobile game seems far from over, with new tournaments and seasons emerging frequently for players. And in the case of this event, it will be interesting to see how Activision manages to make the two Call of Duty games differ from each other, despite being based on battle royale strategy.

Right now, the specifics around the mobile version of Call of Duty Warzone are not clear. However, there is speculation that Activision is gearing up to give a tough fight to Krafton as the latter is set to launch its second battle royale game called PUBG: New State sometime later this year. PUBG: New State is set in the year 2051 where anarchy rules, and since we are talking about a post-apocalyptic world for the next game, there will be futuristic weapons and vehicles, including drones in the game. Activision's Call of Duty Warfare is already out for a good fraction of gamers, which means it is not new like PUBG: New State. And that is where the mystery lies. The mystery is that the mobile version of Call of Duty Warfare may come with new maps, new weapons, and new vehicles.

Should you use oximeters or smartwatches for Covid-19 SpO2 readings? Doctorsanswer