Chrome dominates desktop browsers in India, showing one of the best success stories for Google yet again

A vast majority of desktop users in India used Chrome as their web browser for the last fiscal year. The web browser's dominance is nowhere to be matched, and there is a long working success story behind this. 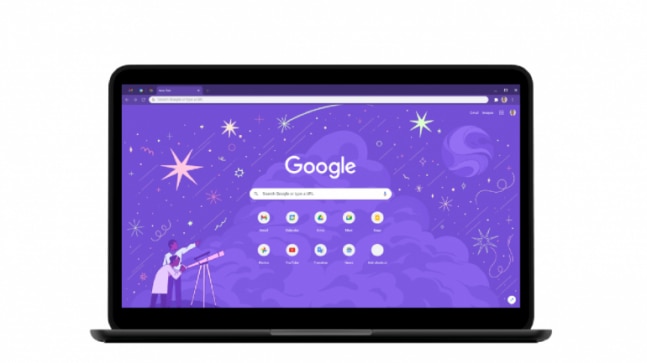 As India becomes increasingly digital, the countrymen are flocking to the online world for a multitude of purposes. The gateway for this, however, is mostly common, and a new report suggests that for the desktop users in India, this gateway is Google Chrome.

In a recent report, Chrome has been found to have the top market share in India among the desktop browsers being used in the country. The Google-born web browser has such a high market share that it nearly dominates the entire country's web searches through desktop browsers.

The numbers are reflected in a market analysis report by Statcounter. As per the statistics recorded from March 2020 to March 2021, 85.97 per cent of all web searches by desktop users were made through Google Chrome. Naturally, none of the other web browsers stands even remotely close to Chrome in terms of user base in the country.

The statistics reveal that the second most used web browser in India is Firefox by Mozilla, with a 6.57 per cent market share. This is followed by Microsoft Edge, Apple Safari, Opera and UC Browser, with a market share of 3.24 per cent, 1.68 per cent, 1.41 per cent and 0.4 per cent, respectively.

Chrome browser has dominance across platforms 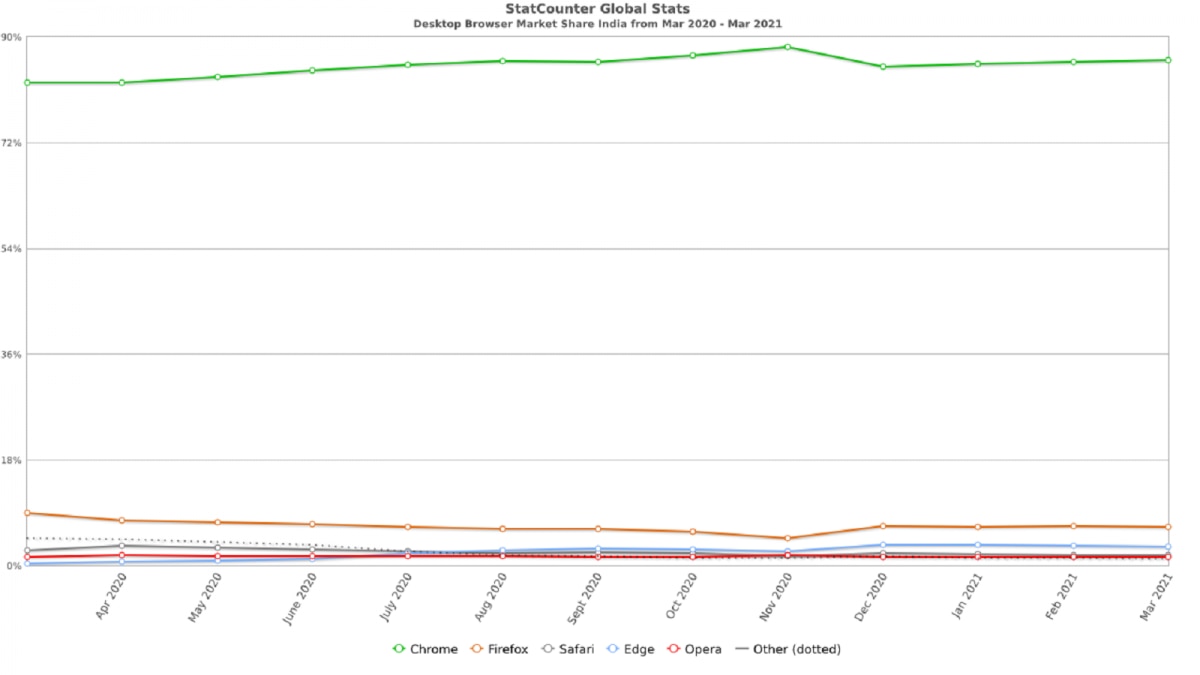 As can be seen, all the web browsers used in India other than Chrome together comprise less than 15 per cent of the market share in the country. The statistics show clear domination of the browser in India by a margin that is certainly not diminishing anytime soon.

Other than desktop browsers, the supremacy of Chrome can be seen across platforms. Among desktops, mobiles, and tablets, Chrome's popularity grew from 75.48 per cent to 84.87 per cent of the market share in the last fiscal year.

Chrome wasn't always known as the world's most prominent web browser. Since its inception in 2008, the product has been one of the best success stories for Google. After all, it managed to break through the market domination of the likes of Microsoft's Internet Explorer and Mozilla's Firefox at its time.

This was largely due to the fact that Chrome was built from scratch, at a time when all the competing web browsers were upgrading their conventional builts. As the web evolution took a turn towards the app culture, Chrome was able to get ahead of the curve with its architecture that was meant to optimise compartmentalised processing in web searches. The next masterstroke by Google was to make the entire project open source in September 2008. As Chromium, the open-source nature of the browser allowed individual web developers to work on it, thus improving it massively and constantly over the years of the process. Microsoft, on the other hand, kept Internet Explorer a closed platform.

Over the years, Chrome enabled several industry-first experiences for its users. It brought the concept of extensions, increasing the scope of work they could take out of the web browser itself. Google then worked on expanding the web browser's presence across devices, launching its app for mobiles and tablets.

Google's substantial rise in the smartphone industry helped Chrome boost its presence too. Competitors like Firefox also entered the domain with their own operating systems, but as we know today, none of them tasted as much success as Android.

Microsoft realised Chrome's dominance years back and did away with its age-old Internet Explorer. To gain the edge, it launched Edge, Microsoft's reworked web browser that now stands toe to toe with Google Chrome.

The browser offers everything from extensions to select features that even Chrome did not support at the time. It also managed to vastly reduce the memory size consumed for each operation, beating Chrome in its own area of expertise. The browser has found much more acceptance than what Internet Explorer had seen in its dying years.

Still, Google now plays on such a large market share across platforms that competing with Chrome is now a monumental task for any other web browser. Since Chrome goes hand in hand with the entire Google ecosystem, including Gmail, Google Docs, Google Maps and Google Calendar, users prefer to stay on the platform than try out a new browser and start afresh.

Also read: | Google WiFi app to shut down in May, users to be moved to Google Home
Also read: | HP Pavilion 13 review in 5 points: A balanced pricing makes it worth your money?
Also read: | Pixel 6 likely to ditch Snapdragon processor may use Google-made chip instead

We compared 3GB daily data recharge plans from Airtel, Jio and Vi and here is the winner