Clubhouse app for Android likely to arrive in May, developer shares screenshots

Earlier in March, the Clubhouse co-founder and CEO Paul Davison had confirmed that the audio platform would arrive for Android users in a couple of months. Mopewa Ogundipe, who has been working on the Clubhouse Android app, shared the first screenshots of the interface of the app on Twitter. Some reports suggest that the app could be launched for Android users in May. Mopewa was hired by Clubhouse in February. Announcing her new job, she had posted, "Today was my first day at @joinClubhouse.If you know me, you probably know I have *opinions* about iOS-only apps so I'm v. excited to be joining the team to bring the party to Android." 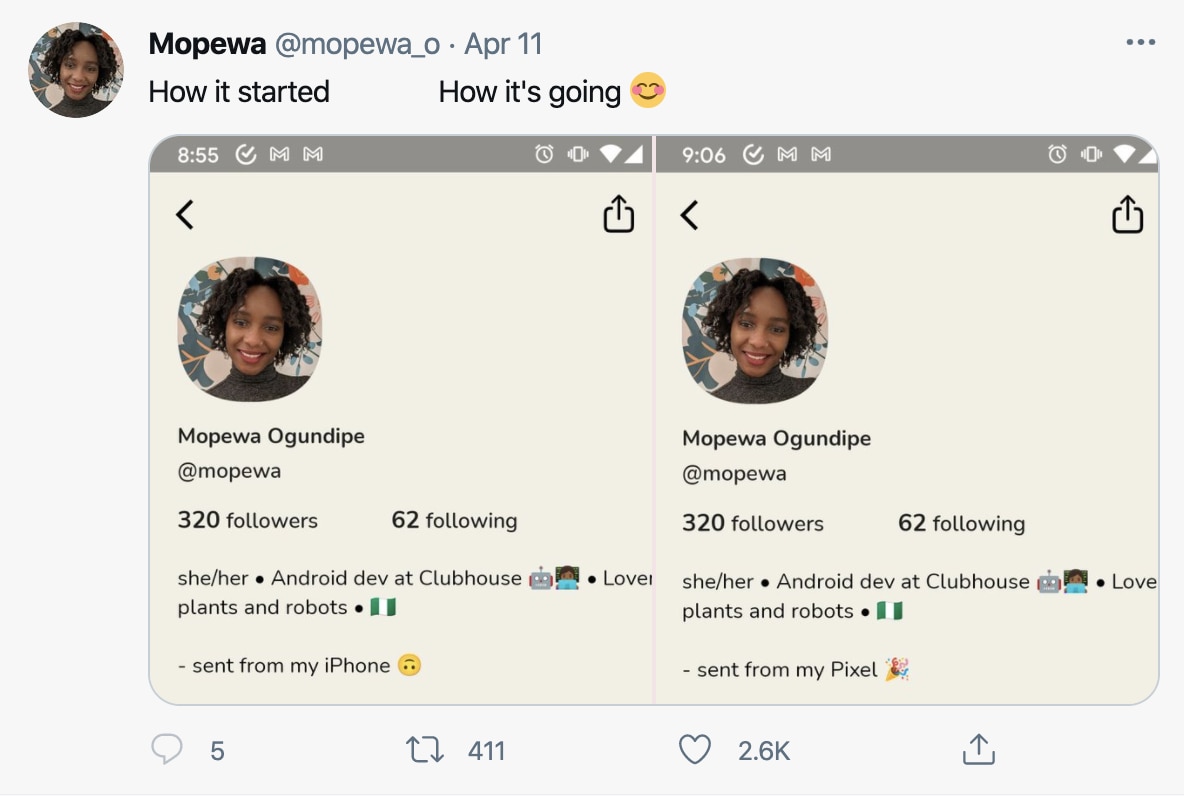 Davidson had revealed during a town hall that hard to get onto Android and that it would take a couple of months. He had also hinted that the company could do away with the current invite-only feature. Davidson had shared his plans of making the app available for everyone so that more and more users can be a part of the app.

Clubhouse may also get an enhanced activity feed with the new update. Davidson had said that it wants to add tools that give more control to the user.

A few days ago Clubhouse, which has witnessed a huge surge in popularity ever since Elon Musk used it, was embroiled in a massive data breach. As per reports, personal data of over 1.3 million users on a hacker forum where anyone can fetch the information for free. The data that had been leaked online consisted of username, name, photo URL, Twitter handle, Instagram handle, number of followers, number of people followed by the user, account creation date, and invited by user profile name, as per a report by Cyber News.

However, Clubhouse had refuted the claims made by the cybersecurity website. In a statement on Twitter, the company said that the report is "false and misleading".

"Clubhouse has not been breached or hacked. The data referred to is all public profile information from our app, which anyone can access via the app or our API," the company had said.

Realme may launch another affordable phone with Dimensity 1100 in April