Oppo is working on Android 11-based ColorOS 11 that will roll out on select smartphones very soon. India Today Tech explores if this update is worth your effort. 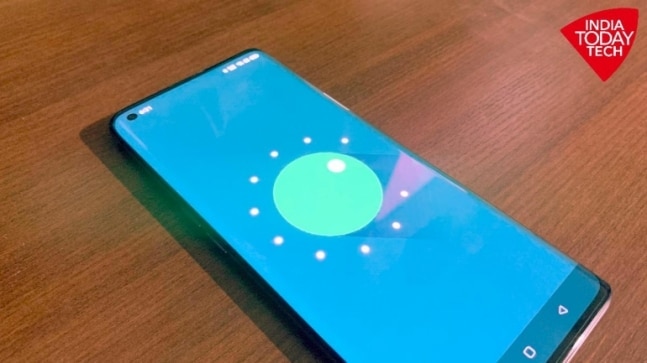 Android phones are way more flexible in terms of what you expect from your smartphone and cost as low as Rs 6,000 to Rs 7,000. Not only do they cover the largest chunk of the total smartphone market share, but they also happen to be the first choices of many smartphone users. But there is one thing where it has lagged in comparison with Apple's iOS software. Immediate updates. But, lately, some brands are trying to solve this problem. Case in point, Oppo's latest ColorOS 11 that is available on certain devices although in the beta version.

Oppo is among the first few OEMs to roll out the Android 11 update on its phones right after Google Pixel phones received it. Although this is not the final, stable version that everyone can enjoy, it still is good news for users of Oppo, because of how it was conservative about Android updates in the past. Oppo is also trying to keep things simple by going for the number 11 for its ColorOS version to make it uniform with the Android version. Previously, it was just a mess that was difficult to follow.

Android 11 is an incremental update to Android 10, which means you will not notice an entire lot of features because they are under the hood. But the ones that are discernible are more of refinements over their previous versions. Oppo has taken a cue from Android 11 to enhance its signature features under the ColorOS 11. There are some new things but mostly the old ones with a new touch.

The home screen is, more or less, the same, but you can choose to make it look different. Oppo has given a new section in the Personalization section to customise everything you see on the home screen and otherwise. So, you can change fonts, wallpapers, themes, icon shape and size, Always-on Display style, app layout, fingerprint lock style, notification drawer line-up, and edge lighting (if your phone supports it). You have all these settings right there on ColorOS 7.2 too, but they are well-organised now. 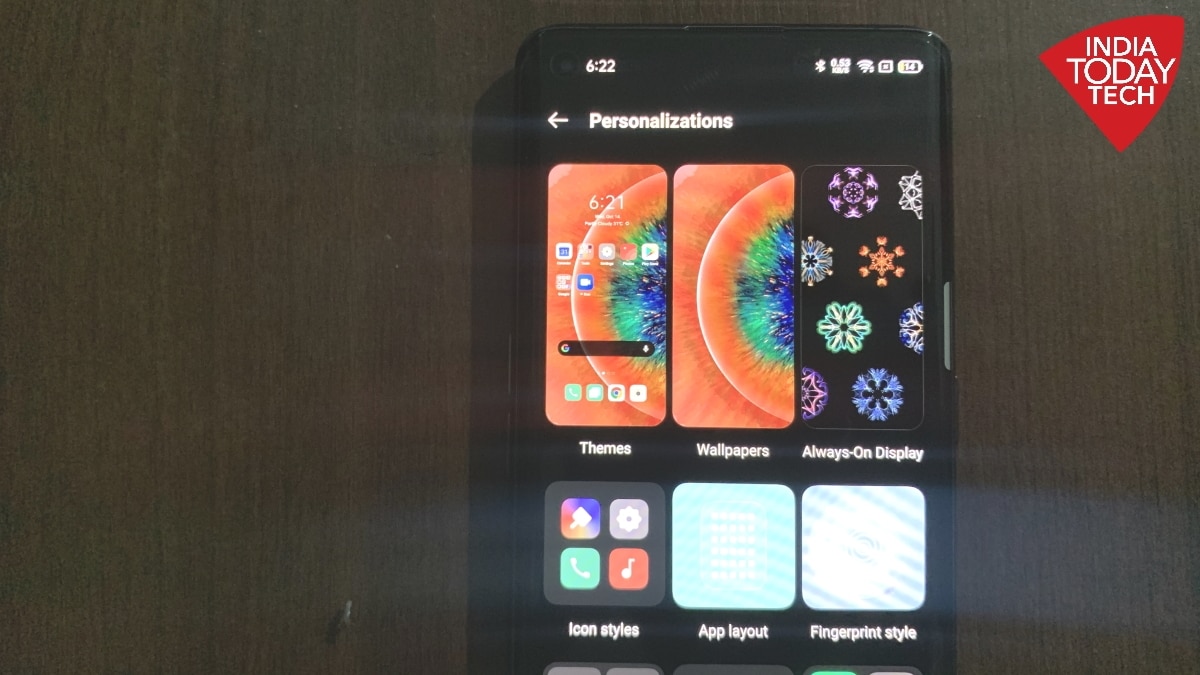 Talking about the theme, you have the dark mode available but now in different versions. You have three types of dark mode, the one with infinite black and high contrast called Enhanced, the second one with some grey tones called Medium, and the third that is mostly just off-white called Gentle. You also have the reduce contrast option for when dark mode makes some objects hard to see in low brightness. You also have a new adaptive font, called Oppo Sans that will change size according to how an app would want it to. We have adaptive fonts on iOS already.

The app animations are groovier now, somewhat like how apps open and close on iOS. Switching between them also seems easy and appealing, thanks to cohesive animations between different parts of the software. You also have polished notification toggles now that, by the way, can also be customised to appear in a specific shape. And there is a better sorting of notifications according to their category, with options to set them either "alerting" or "silent". These are all Android 11 features so these are going to be standard across devices running the new version.

ColorOS 11 brings the true nature of Android: customisability in an appealing and fluid way. I like ColorOS over some of the other custom skins out there for a single reason that it is one of the decluttered ones. The Android 11 version just makes it extra beautiful.

Oppo has given Nearby Sharing option with ColorOS 11, which is standard on Android 11. I tried this feature on another Android 11 phone and it worked well. Oppo's own Oppo Share feature is also helpful for devices that do not support Nearby Sharing. Apart from Oppo, Xiaomi, Vivo, and Realme phones can transfer files using the Oppo Share. Android is getting stricter when it comes to providing access to the plethora of intrusive apps. Oppo has retained all the privacy controls with the ColorOS 11. You have one-time permission for apps that look to access your device's cameras, location, and microphone. You get to pick what level of access you want to give to the app when it is opened for the first time. But, in case, you change your mind, you can go to the Settings app to change your permission.

Oppo has kept its Secure Environment intact on the ColorOS 11. Oppo enables all its high-standard security environment for when there is a banking app is open. Not just the bank apps but also digital payments app such as Google Pay. There is nothing new to this feature, but I am glad Oppo has retained it. I am not sure what level of protection this Secure Environment offers but it is reassuring to see that label on the status bar.

Despite its efforts to refine the Android 11, Oppo missed out on some features. For instance, the power button menu is not available as a part of ColorOS 11. Google pitched this setting when unveiling the Android 11 update for Pixel phones but Oppo has apparently not taken a cue yet. This feature might arrive later in the stable build of ColorOS 11.

Another feature that is not available on ColorOS 11 is the chat bubble. This is an important addition to Android that makes chat more accessible but Oppo has not included this on the ColorOS 11. I would have loved to see chat bubbles on the early builds of ColorOS 11 but hopefully, they will be a part of the stable build.

But while it is not quite disappointing to not have these two features, Oppo's old ones remain to be a disappointment. For example, the browser is still there that unwantedly pesters you with the notifications of sleazy content. The bloatware is still there that you cannot get rid of. I would have loved to see these annoyances gone. Are you listening, Oppo? 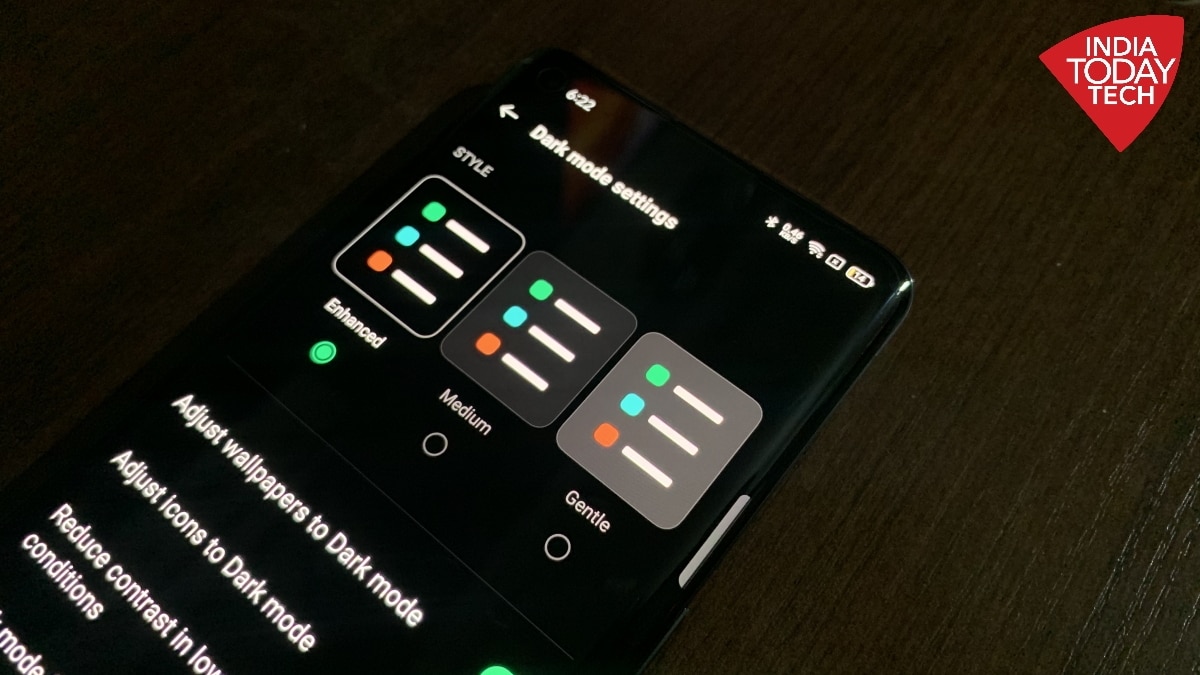 Oppo is still to roll out the stable version of the ColorOS 11 but its beta version looks promising and useful. I like the changes in the software and the Android 11 flavour that comes as a part. There are still a few things that need to be in place but that could be something that the final version of ColorOS 11 will bring. Based on my experience, I must say it is a worthy upgrade and it will increase productivity on your Oppo phone. And the fact that is beautiful is the icing on the cake.

Canon launches PowerShot Zoom camera in other markets after Japan