Samsung is set to launch the Galaxy S21 later today. The phone will come with a sheet of plastic on the back. 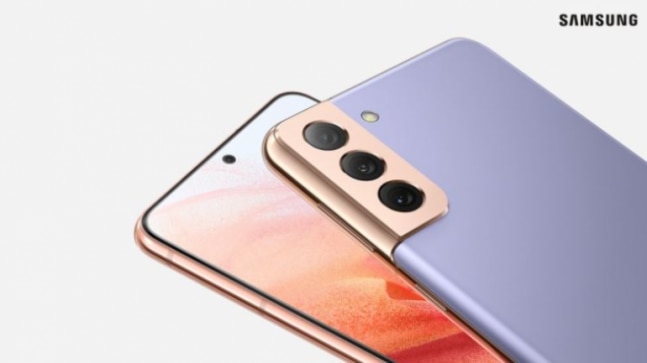 Samsung is all set to launch the Galaxy S21 series phones later today with the company set to bring three new phones as part of the series -- the Galaxy S21, Galaxy S21+ and Galaxy S21 Ultra. The three devices will be the company's new flagships which will be launched in the market flaunting premium price tags.

However, even before the launch of the phones, it is starting to become clear that all of them may not necessarily justify their premium price. While we've had rumors over the last few weeks about the Galaxy S21 using plastic instead of place of glass, we now have a new leak by Evan Blass which has all but confirmed the speculation.

It appears Samsung is getting ready to repeat its Note 20 strategy and launch the Galaxy S21 with a polycarbonate plastic back. While the more expensive models -- Galaxy S21+ and S21 Ultra -- will have glass backs, the vanilla Galaxy S21 will not be afforded such luxury and will instead flaunt a rather simplistic plastic back.

Considering the Galaxy S21 could be priced around the Rs 70k mark in India, the decision to equip the Galaxy S21 with cheap plastic instead of premium glass could end up backfiring on Samsung. The move is sure to disturb a lot of Samsung fans and also get the device a lot of negative reviews as in the end it would decrease its ability to justify the premium price tag that Samsung plans to attach to it. Further, the use of plastic on the back of the phone will also hamper the Galaxy S21's ability to be taken seriously and be counted in the same bracket as other premium segment phones, or for the matter far cheaper ones including the Vivo X50 which despite its affordable price point still manage to offer a more premium design.

Apart from the materials used for crafting the device, the Samsung Galaxy S21 may also end up facing some issues with its hardware as the device is tipped to get only a Full HD+ display instead of a fast refreshing high-resolution display as seen on more affordable phones. The chipset on-board could also prove to be an issue with the Indian variant set to get an Exynos 2100 chipset which despite promising much on paper could end up being a dud in real-world scenarios.

Realme Watch 2, Watch 2 Pro may be in works