Zoom is an enterprise app, the kind of app that rarely makes buzz in news. But coronavirus epidemic has propelled it to the front as the world works from home, and its share price is surging. 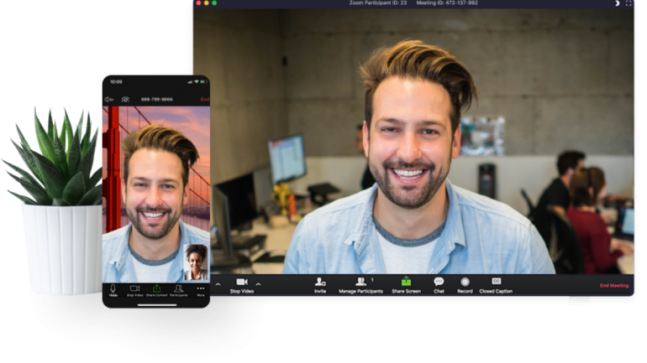 Chances are that you have heard of Zoom. As the world works from home in a bid to fight coronavirus and flatten the curve, use of Zoom, which is a video conferencing app, has surged. And as the number of people who are using Zoom has increased, demand for its shares in the stock market has also zoomed. At the beginning of this year, the shares of Zoom were trading at a price of around $64. Since then, and most noticeably in the last one month, the share price has jumped sharply. It is now little over $150 and the company's market cap has increased to over $42 billion.

The results is that the wealth of Zoom founder Eric Yuan too has seen a significant increase. With the current market cap of his company going up, Yuan now has net worth of around $7 billion, an increase of around $4 billion this year.

While the coronavirus pandemic is pushing Zoom up and up on the download charts, Yuan in the last nine has built the company steadily, one step at a time. Yuan, who came to the US from China in 1997, worked with Cisco before he started Zoom Video Communications in 2011. The app and the video service followed in 2013, with a complete and unwavering focus on enterprise communications. Zoom, since beginning, has been designed as an app that is supposed to be used by companies and organisations for remote work. In 2013, the company claimed it had 1 million users. In 2014, the number of users who were using Zoom for communicating within their companies and organisations grew to 10 million, and in 2015 the number was 40 million.

In 2017, the valuation of the company was estimated at $1 billion. In 2019, Zoom Communications went public, with its valuation at $16 billion. Now, the market cap of the company behind Zoom is $42 billion as not only corporations but even individuals, looking to connect with their office workers or managers hoping to talk to their teams even if their companies do not have any remote videoconferencing policies, are using Zoom. According to a firm called Apptopia, which monitors app downloads, the daily downloads for Zoom have increased from around 1,70,000 in middle of February to nearly 2.5 million in late March. The rise in app downloads is reflected in top apps charts at Google and Apple app stores. The result is that right now Zoom is the top free app in the Google Play store for India.

Another result of rising popularity of Zoom is the increasing wealth of its founder Yuan. He owns 20 per cent share in Zoom Communications and the company's quick rise in the stock market means his net worth is now around $7 billion.

ALSO READ | Zoom is all buzz nowadays but there are other free options if you want to do video conferencing
ALSO READ | Apple to launch COVID-19 screening app, website
ALSO READ | How to set up Face ID on your iPhone for better security
TweetYoutube
Tags: Zoom

Using Zoom for work? Here are five features you must know

Heard of Zoom? Here is how you can use it to do office work virtually