Bill Gates has rubbished conspiracy theories about implanting microchips in people to use vaccines in the backdrop of COVID-19. 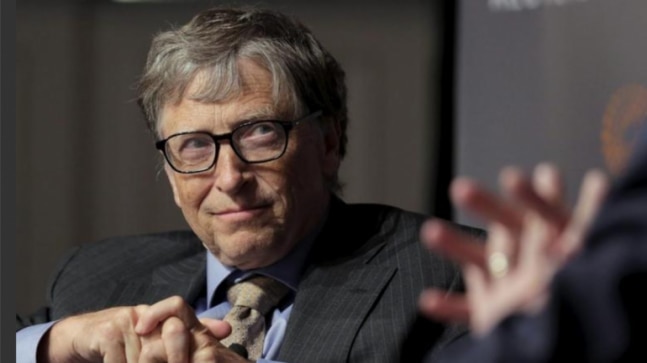 Microsoft co-founder Bill Gates has been subjected to several conspiracy theories in the backdrop of COVID-19. In a TED talk speech that dates back to 2015, Gates hinted that a pandemic could kill billions of people.

He warned that the greatest risk to humanity is not nuclear war but an infectious virus that could threaten the lives of millions of people, a report by NYT states. "The world needs to prepare for pandemics in the same serious way it prepares for war," Gates in the speech had said.

The world did witness a pandemic and the video resurfaced giving rise to many theories. Many conspiracy theorists claimed that Bill Gates planned the pandemic to gain profit from the virus vaccine. Theories also suggested that Gates planned to depopulate the earth by introducing the virus.

The theory claims that Bill Gates implanted tracking microchips in people to use vaccines for COVID-19.

"I've never been involved in any sort of microchip type thing ...It's almost hard to deny this stuff because it's so stupid or strange," Bill Gates told Business Insider.

Bill and Melinda Gates Foundation has committed $300 million to fight COVID-19 and to develop a vaccine.

Bill Gates spoke about having a system in place to fight the disease. "There are needed systems like health records that should be in place to help healthcare workers identify who has been immunised, but that no microchips are involved whatsoever."

Gates further said that their foundation gets money to buy vaccines and so it was necessary to speak about the dangers of the pandemic.

The billionaire also expressed concern for the anti-vaccine sentiment which would make it difficult to reach herd immunity, which occurs when enough population reaches immunity to cause further spread.

Apart from conspiracy theorists, bigwigs in the USA speaking against Gates have amplified the theories. Robert F. Kennedy Jr. former senator Robert F. Kennedy's son on his Instagram page said that Bill Gates only pushes vaccines to push his other business interests. Kennedy posted a cartoon of a smiling Mr. Gates with a syringe and a caption: "Your Body, my choice," NYT reported.