Covid-19: Ola and Uber may not be safe as drivers have no masks or sanitisers, companies say measures taken

Whentraveling in overcrowded metro trains or buses is not safe due to coronavirus infections, just how safe are Ola and Uber? Not much because drivers have no masks or sanitisers and there is no sign that cars are sanitised. 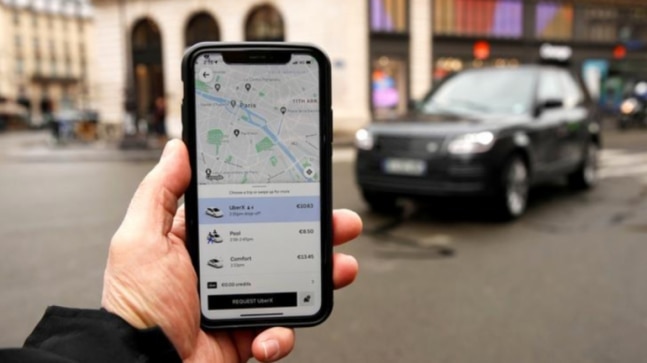 Public transport is one of the riskiest bets you can take during a pandemic, particularly in India where trains and buses are almost always full. A lot of people hence have moved to Ola and Uber. Unfortunately, they too don't seem to offer much protection despite big claims made by Ola and Uber. The reality on the ground is that despite all the advisories and measures that Ola and Uber seem to have taken, the drivers in these cars don't have masks, don't have sanitizers, and do not seem to have cars that could be deemed sanitized. This means not only drivers are at the risk of catching infection but also passengers.

Ola and Uber on Tuesday told India Today Tech that they are taking all the measures to ensure that their services are sanitized but it seems that the measures are not enough. Ola had said that they had advised their driver-partners to sanitize their surroundings frequently, Uber revealed that they have provided disinfectants to the drivers to help them keep their cars clean.

The people using the cabs have a different story to tell. We asked some daily commuters to know whether they have noticed any significant changes in the service Ola and Uber offer in the view of the COVID-19.

Shruti Shiksha, media personnel based in Greater Noida, takes Uber to reach her office in Noida every day. After boarding the cab on Wednesday, she noticed her driver neither had a mask on nor could she spot a hand sanitiser in the vicinity. When asked, the driver revealed that he had not been given any mask or sanitiser by Uber. The driver, however, said he did buy a mask on his own but he wasn't wearing it.

Another commuter from Delhi NCR, Guneet Singh, often has to take a cab multiple times in a day. On Wednesday he took three cabs and had three different experiences. While one of the drivers had a hand sanitiser, one of them said that he had but the bottle was now empty. The third one had no idea about hand sanitisers. Two of the drivers were wearing surgical masks.

Priyanjali Saxena, another commuter from Delhi, had a similar experience. She revealed that none of the drivers she came across had taken any sort of precautionary measure

While some drivers are aware of the risk they are taking by going out on the road and taking 10-15 different passengers every day, including passengers, picked up from hotspots like the airport, they can't help but work. When asked, one driver said, paisa too kamana hi hai na saheb, waise bhai Uber-Ola walo ne incentive kum kar rakha hai.

While both Ola and Uber are saying that they have informed and educated drivers about the best practices, on the ground this doesn't reflect. Drivers are mostly unaware of best practices, are making no effort to sanitise the cars, and are not only unaware of risks to the passengers but also to themselves.

In response to India Today Tech queries, an Ola spokesperson had said, We have set up a robust task-force consisting of members from various internal departments to ensure continuous monitoring and support for all stakeholders. A detailed health advisory has been shared with all our driver-partners and customers to educate them about the situation at hand, in line with the prescribed guidelines. Our Partner Care teams and Safety Response teams are available 24x7 for any concerns that may arise for Driver Partners and Customers respectively.