Dell has announced a major refresh to its Alienware and XPS series of laptops. Here's everything you need to know about them. 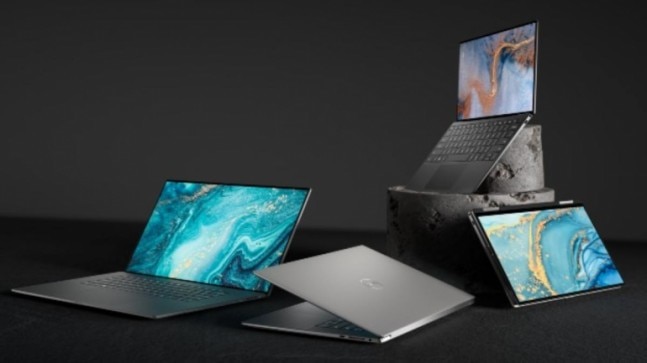 Dell has finally gone ahead and updated its XPS and Alienware lineup of laptops. The company has announced redesigned XPS 15 and XPS 17 laptops, as well as new additions to the Alienware lineup.

With the refresh of the products, Dell now offers better competition to Apple's MacBook Pro and Microsoft Surface Book 3 line-up. Along with this, the addition of the new Alienware laptops has also added some fresh options to the gaming segment of the market.

The XPS 17 is the company's most powerful and one of the smallest laptops ever. With very little borders, the XPS 17 comes with a 4-sided InfinityEdge display which Dell claims helps bring the size of the laptop almost 48 per cent down to about 15-inch laptops available today.

The XPS 17 has been announced by Dell to start at US $1,499.99 and will be initially available in the US, Canada, and participating in European and Asian countries this summer.

The redesigned XPS 15 is being claimed to be the "smallest 15.6-inch performance class laptop". It comes with a 16:10 display and new up-firing speakers. Under the hood, there's the latest 10th Gen Intel Core processors, NVIDIA GeForce GTX 1650 Ti graphics with Max-Q design, and a promise of up to 25-hour battery life. It also comes with two Thunderbolt 3 ports with power delivery and a DisplayPort. Much like the XPS 17, there's also a Killer Wi-Fi 6 AX1650 (802.11AX) built-in Intel chipset and support for Bluetooth 5.

XPS 15 has been announced to start retail at US $1,299.99, available in the US, and Canada from today and across participating European and Asian countries throughout this week.

Dell has also refreshed the Alienware m15/m17 laptops, with the two sharing a lot of the specs and different pretty much only when it comes to the design. Both the laptops come with 10th Gen Intel Core H-series mobile processors, which have been supplemented by Dell's new Alienware Cryo-tech cooling design for improved performance and thermal management.

Of the two, it's the m17 that brings the more powerful graphics as it boasts of high-end performance with NVIDIA's GeForce RTX 2080 SUPER Max-P graphics. Apart from this, the two laptops bring up to 32GB of DDR4 memory, a Micro-SD media card reader, and Thunderbolt 3 ports capable of PD fast charging.
The refreshed m17 and m15 laptops will be available starting May 21 with a starting price of $1,499.99 for the m15 and $1,549.99 for the m17 laptop.

Dell has also upgraded the Alienware Area51m laptop. It now comes with the new 10th Gen Intel Core S-series processors with 10 cores (a first on an Alienware laptop) and 20 threads and up to 5.3GHz with Thermal Velocity Boost to maximize efficiency and drive performance.

It also gets Alienware Cryo-Tech cooling technology for increased airflow and improved performance. The laptop comes with a 17-inch display with high refresh rate FHD panel options (up to 300Hz). It has been announced to go on sale starting June 9 with an entry price of $3,049.99.