The messaging app launched the WhatsApp Pay feature, disappearing messages, Always Mute, and made changes in the storage tool 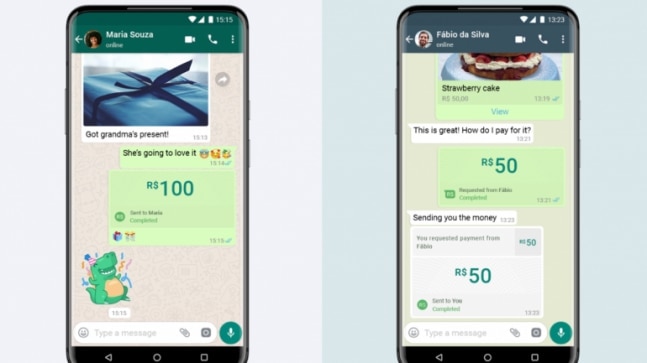 WhatsApp rolled out a few highly-awaited features this week. The messaging app launched the WhatsApp Pay feature, disappearing messages, Always Mute, and made changes in the storage tool. All the features that were made official recently had previously appeared in beta updates.

So let us have a look at the new features released by WhatsApp along with the upcoming features.

WhatsApp rolled out the Always Mute feature earlier this week. The feature as the name suggests lets user mute their groups forever. Earlier, users had the option of muting their groups for a year but after the completion of a year, things would again get back to normal. However, not anymore as now you can silence those pesky groups forever.

WhatsApp announced disappearing messages feature that had appeared many times in beta update. The much-awaited feature would let users enable the option to automatically delete chats after a time period of seven days. The disappearing message feature can be used for individual chats as well as for groups. "We're starting with 7 days because we think it offers peace of mind that conversations aren't permanent while remaining practical so you don't forget what you were chatting about. The shopping list or store address you received a few days ago will be there while you need it, and then disappear after you don't," WhatsApp had said about the feature.

WhatsApp had announced that the feature would be rolled out to Android and iOS users this month.

WhatsApp has been struggling to get approval from NPCI for launching its own payments system in India. It had first submitted requests in 2018 but it took the NPCI two years to give a nod to WhatsApp for the payments feature. WhatsApp Pay was launched in India on November 6. The feature as the name suggests would allow users to send and receive messages on the app.

WhatsApp has designed its payments feature in partnership with the National Payments Corporation of India (NPCI) using the Unified Payment Interface (UPI), an India-first, a real-time payment system that enables transactions with over 160 supported banks. To enable the feature in India, WhatsApp has partnered with leading banks including ICICI Bank, HDFC Bank, Axis Bank, the State Bank of India, and Jio Payments Bank.

WhatsApp has also promised to take full cognizance of the security and privacy of the users. It will make users enter the UPI Pin before every transaction. The feature is being rolled out to Android and iOS users and people are likely to receive it by the end of this month.

WhatsApp had rolled a more simplified storage management tool. The feature would let users delete bulk items and free up space on their app. To clean up the app, a user needs to go to Settings > Storage and Data > Manage Storage. Users can delete media from the app but that media would remain on the phone. They can also get rid of forwarded messages and media using the bulk delete feature.

Apart from all the features that were released, WhatsApp is also working on multi-device support. The feature would allow users to log in to WhatsApp from four different devices using a single account. This means that you would be able to log in from your iPad and iPhone at the same time without creating separate accounts.

BigBasket confirms data breach of 2 crore BB users, here is what we know so far