Delhi Police has confirmed they arrested activist Disha Ravi after Google shared details of a "toolkit" that was stored on Google Docs. But the silence of Google India on the matter puts privacy of all its Indian users in doubt. 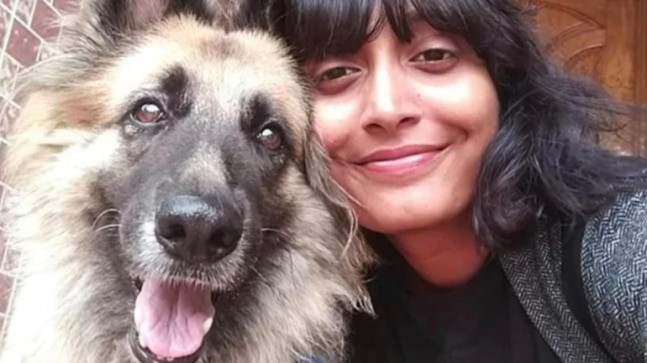 While earlier the reports came via sources, on February 15 Delhi Police in a press conference confirmed that some of the key evidence they have against Disha Ravi, a 21-year-old climate activist supporting farmers' protest and who has been arrested, comes from Google. The cops said that before the arrest they had asked for details from Google about a Google document that Disha allegedly edited and that the company complied.

Google has not publicly commented on the matter. India Today Tech has reached out to the company regarding the nature of its cooperation with Delhi Police and will update this story with a statement when received.

The details that Delhi Police got from Google are related to a "toolkit" -- a Google document -- through which the activists were allegedly co-ordinating their protest in support of agitating farmers. The details of the "toolkit" were tweeted by well-known environment activist Greta Thunberg. However, the tweet was later deleted.

"The Delhi Police after getting access to the toolkit doc approached Google and have got a reply for some of their queries in the case," a Delhi Police spokesperson said in a press conference. The cops allege that the Google document aka "the toolkit" was created by Disha Ravi and other activists with an aim to defame India.

The cops said that they wrote to Google on February 5 to get the IP address or the location from where "the toolkit" was created. The details that Google provided led them to identify Disha and a few other activists, including Nikita Jacob and Shantanu Muluk who are now seeking anticipatory bail in Mumbai.

It is worth noting that Google Docs, which can be accessed and edited in real-time by multiple users, is often used by activists or groups collaborating on different activities. In India for example, social media campaigns, including hate groups and political parties, are coordinated through Google Docs.

It is not clear which sort of request led Google to share details of its users with the police but globally the company follows a policy where it shares details with law enforcement agencies when it deems the requests valid and legal. Often these legal demands from authorities also put a gag order on the companies, forbidding them to reveal that they received a request.

So far the absence of complete silence from Google on this matter can be concerning for millions of people in India who use Google services. In particular, the users don't know if Google shares the details with the government and law enforcement agencies with a mere request from them or if the company requires more detailed and elaborate court orders. It is also not clear if Google applies the same privacy standards for Indian users that it applies in the US or Europe. Google had also a few days ago removed a popular video from YouTube that contained a song in praise of farmers' protest.

Google is not the only company that has received directives from the Indian government in relation to user content that can be connected with the protests by Indian farmers.

Recently the government told Twitter to delete a number of tweets and over 1000 accounts. Twitter said it complied with the demand in some cases but refused to do so in some others. "We do not believe that the actions we have been directed to take are consistent with Indian law, and, in keeping with our principles of defending protected speech and freedom of expression, we have not taken any action on accounts that consist of news media entities, journalists, activists, and politicians. To do so, we believe, would violate their fundamental right to free expression under Indian law," the company noted in a blog on February 10.

But Google, which has more users in India and is a much bigger company here compared to Twitter, has so far not commented on its cooperation with Delhi Police and the government. For now, it means that there is a possibility that data of all Google users in India, including their emails, their editing history on Google Docs, the files saved and shared in Google Drive, their YouTube history, their location data through Google Maps, can possibly be shared with the Indian police and the Indian government authorities if Google receives a request for this data.

ALSO READ: | Vi announces free and high-speed night time internet between 12 AM and 6 AM for prepaid users
ALSO READ: | Elon Musk invites Vladimir Putin for a conversation on Clubhouse, Kremlin calls it interesting
ALSO READ: | Should you buy a 5G smartphone in India?