Do you have TikTok, other banned Chinese apps on your phone? Here is what happens next

The apps that will not see the day of light anymore in India include some of the popular ones including TikTok, UC Browser and Shareit among others 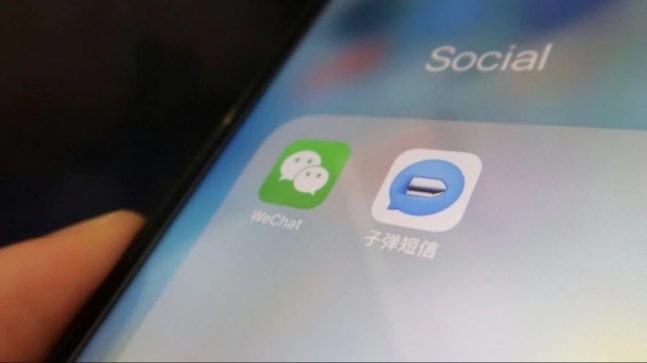 The Indian government took the unprecedented step of banning 59 Chinese apps in the country on Monday. The move comes in the wake of the India-China clash at the Galwan Valley that claimed the lives of several Indian soldiers at the LAC. The apps that will not see the day of light anymore in India include some of the popular ones including TikTok, UC Browser and Shareit among others. These apps were used extensively in India for entertainment and other purposes but now with the ban imposed on these, people are left with many unanswered questions.

Tiktok had one of the largest user bases in India and almost one-third of the country had downloaded the app on their phones. Similarly, Shareit was considered a faster alternative to Bluetooth and CamScanner scanned the documents effortlessly and hence were important tools that can be found in many people's phones. But now that these apps are banned, should people who have it, uninstall it? or wait for the government to issue another statement about the same.

As per the latest developments, the apps are not available on either the Play Store or App Store. It was being speculated that the apps will be removed from both the platforms as soon as the companies get a nod from the government. Talking about how it plans to remove the app, Apple had told India Today Tech, "Once the government order comes in, the apps will be removed from India App Store because it is required by the law."

But now when we last checked, we couldn't find TikTok on the App Store but apart from this, Shareit, Like and some of the other apps were still there. From what it looks like, these apps too will be gradually removed from the platform. So one thing stands clear that you can longer download TikTok on your phone.

So what to do if you still have the apps in your phone? The TikTok app on our Android phone was still working when we checked. But they might not work any longer as the government has only banned them but will soon block them with the help of the network operators.

"The Indian Cyber Crime Coordination Centre, Ministry of Home Affairs has also sent an exhaustive recommendation for blocking of these malicious apps... the government of India has decided to disallow the usage of (these) apps," the release by the IT Ministry read.

The Chinese apps will be blocked on the networks including 4G and wired internet connections, which are managed by telecom industries including Airtel, Jio and Vodafone. When the apps are blocked at the networks, there were be no way that you can use it unless you decide to use a VPN.

It is still unclear whether users already having the apps should voluntarily uninstall them or will they be penalized for still having or using the app on their apps. From the order, it is however clear, that the Chinese apps will no longer be a part of India's smartphone industry.