Bitcoin hit a two-month low on Friday and is staring at its worst week since February 2021 while Dogecoin price has gone up once again. Both these cryptocurrencies are reacting to different sentiments from Elon Musk. 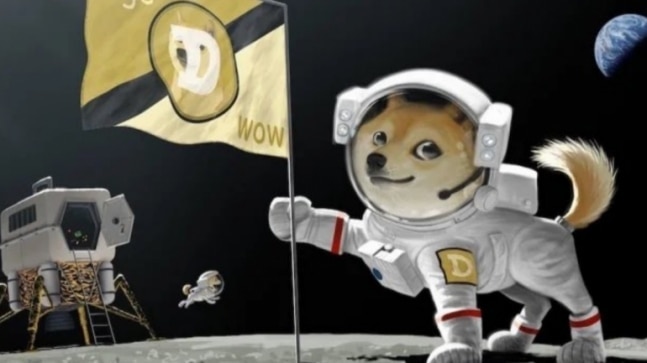 It is worth mentioning that Dogecoin was almost worthless at the start of this year.

Bitcoin hit a two-month low on Friday and is staring at its worst week since February 2021 while Dogecoin price has gone up once again. Both these cryptocurrencies are reacting to different sentiments from the same man. Elon Musk. The Bitcoin slump came after the Tesla chief tweeted that his car making company has decided not to accept payments in BTC. On the other hand, Dogecoin rallied after Musk announced that he is working to improve system transaction efficiency.

"Working with Doge devs to improve system transaction efficiency. Potentially promising," Musk said on Twitter, vaulting dogecoin from about $0.43 to $0.52 on the Binance exchange. In INR, the Dogecoin is valued at over Rs 41 (at the time of writing), up from the mid 30 level it had reached last week, following Musk's Saturday Night Live appearance.

It is still unclear if Musk is referring to efficiency in terms of energy use, ease of use or suitability as a currency. In either case, one tweet from his enough to dictate the path of any cryptocurrency these days.

It is worth mentioning that Dogecoin was almost worthless at the start of this year. One Dogecoin was value at less than half a cent at the beginning of the year and has now reached over half a dollar. It has surged to become the fourth-largest cryptocurrency by market cap, according to CoinMarketCap.com.

This is the second pump Dogecoin has got since Dogefather's SNL stint. Earlier this week, Musk had also tweeted that his commercial rocket company SpaceX will launch "DOGE-1 Mission to the Moon" in the first quarter of next year. Musk tweeted that company's new satellite will be called Doge-1.

Not just this, in an unprecedented move, the entire mission will be paid for in Dogecoin. This will make Doge the first crypto in space. Ironically, it will also be the first meme in space.

Also Read | Who let the Doge out? Whole cryptocurrency scene now resembles a joke
Also Read | Bitcoin and Dogecoin are ruling the world but Indian investors being let down by trading platforms
Also Read | WazirX lists Shiba Inu coin in India at higher than actual price, blames it on misconfiguration

Battlegrounds Mobile pre-registration opens on May 18 in India