US President Donald Trump's campaign website on Tuesday was hacked by cryptocurrency scammers. 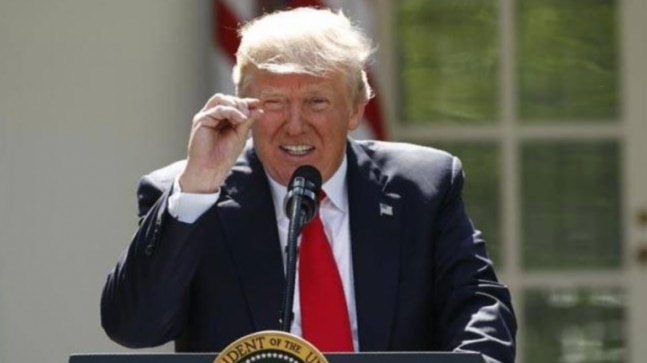 US President Donald Trump's campaign website on Tuesday was hacked by cryptocurrency scammers. The website was defaced by the hackers and the defacement lasted for almost 30 minutes. The website was first spotted by Twitter user Gabriel Lorenzo Greschler, who posted screenshots of Trump's hacked website.

Gabriel in his tweet mentioned that he was looking for an article on climate change when he came across Trump's defaced website. "The site was seized," a message posted on donaldjtrump.com. read. "The world has had enough of the fake-news spread daily by president Donald j trump. it is time to allow the world to know the truth. Multiple devices were compromised that gave full access to trump and relatives. Most internal and secret conversations strictly classified information is exposed proving that trump-gov is involved in the origin of the coronavirus. We have evidence that completely discredits Mr Trump as a president. Proving his criminal involvement and cooperation with foreign actors manipulating the 2020 elections. the US citizens have no choice," the message continued.

The website soon went offline and was restored without the message posted by hackers.

Commenting on the hack, Trump campaign spokesperson Tim Murtaugh said that the "website was defaced and we are working with law enforcement authorities to investigate the source of the attack.There was no exposure to sensitive data because none of it is actually stored on the site. The website has been restored."

However, this is not the first time Trump's digital property has been harmed. Earlier, a Dutch security researcher claimed to have accessed Trump's Twitter account by guessing his password: "maga2020!". He revealed that the account was not protected by two-factor authentication, which gave him access to his account. Gever, after hacking into his account, sent a message to US-CERT, a cyber security unit to inform them about the security lapse.