The White House in a statement said that Levandowski had paid a significant price for his actions and plans to devote his talents to advance the public good. 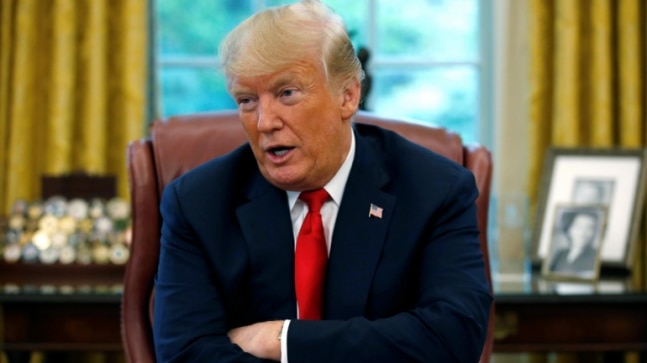 Outgoing US President Donald Trump on Wednesday said that he has given a full pardon to a former Google engineer Anthony Levandowski for stealing the company's self-driving car technology and trade secrets months before he became the head of Uber for a short period. The White House in a press release said that Levandowski was an American entrepreneur who led Google's efforts to create self-driving technology. The statement added he had "paid a significant price for his actions and plans to devote his talents to advance the public good."

It also noted that his plea covered only a single charge, omitting mention of the 33 charges he had been indicted on. Trump has issued a series of pardons on the last day of his administration including people who worked on his campaign like Steve Bannon and Elliott Broidy.

In March 2020, Levandowski agreed to plead guilty for stealing Google's trade secrets. Levandowski had quit Google in 2016. He went to join Uber as the head of the self-driving car project. From there, he was fired after he faced allegations for IP theft from his previous employer. The case alleged that the 40-year-old had downloaded 14,000 files from Google's self-driving subsidiary, Waymo.

In August 2020, a US federal judge sentenced Levandowski to 18 months in prison after being found guilty on one count of stealing trade secrets. However, he was not required to report till the COVID 19 pandemic eased, according to TechCrunch.

A US District Judge William Alsup in San Francisco said anything less than imprisonment would give "a green light to every future brilliant engineer to steal trade secrets," describing the information that Levandowski took as a competitor's game plan, Forbes reported. Levandowski, after he quit from Google, took the stolen files to a start-up called Ottomotto which was then acquired by Uber.

"Anthony Levandowski's theft of autonomous technology trade secrets has been enormously disruptive and harmful to Waymo, constituted a betrayal, and the effects would likely have been even more severe had it gone undetected," a Waymo spokesperson had then said in the statement. "We echo Assistant US Attorney Katherine Wawrzyniak's sentiment that this theft 'erases the contributions of many, many other people that have also put their blood, sweat, and tears into this project that makes a safer self-driving car."

Google is one of the first movers in the space of self-driving cars and the company alleged that the secrets Levandowski stole gave an unfair advantage to Uber, which in the last few years has worked on self-driving cars.